In this age of social media, smartphone design leaks have become common. The Redmi L19 leak is the latest one doing the rounds on Weibo. 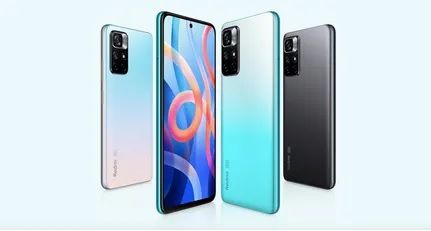 The renowned tipster, Digital Chat Station, has revealed that Xiaomi plans to introduce the Redmi L19 Series smartphone. The Weibo leak reveals that the Redmi L19 could feature a Xiaomi 12-inspired rear camera design and an LCD screen. It also reveals a side-mounted fingerprint scanner. At present, the name seems to be Redmi 19, but it could change by the time of the official release.

Though not many details of the Redmi L19 are available, Redmi users would be delighted to know that the handset could offer an LCD panel in the mid-range segment. Generally, all Xiaomi smartphones except the budget Xiaomi Note Series feature an AMOLED panel.

LCD panels are not new to Redmi because the Redmi Note 11T features one. The Redmi Note 11T is also a mid-range offering featuring a MediaTek Dimensity 810 chipset, 8GB RAM, 256GB storage, 5000mAh battery with 33W fast recharging, and a side-mounted fingerprint scanner.

We will post more details on the Redmi L19 Series whenever they become available.