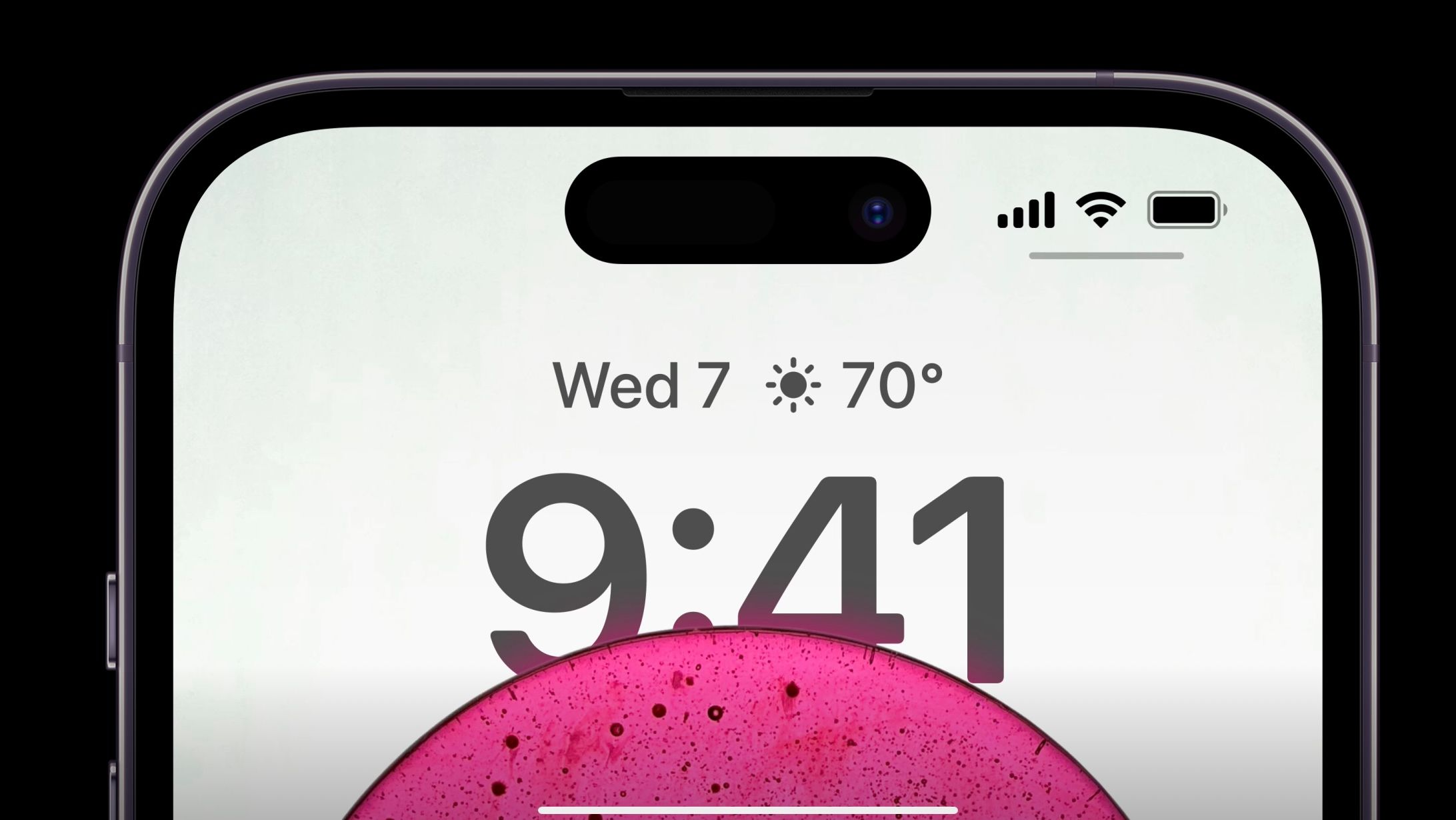 The biggest visual difference is a pill-shaped cutout at the top of the screen. It's 30% smaller than the previous notch, which was made possible by 30% smaller cameras within. To assist, the proximity sensor has been relocated beneath the display. Apple, of course, couldn't resist naming the cutout Dynamic Island. To produce some dynamic effects, Apple is experimenting with black pixels around the real cutout. 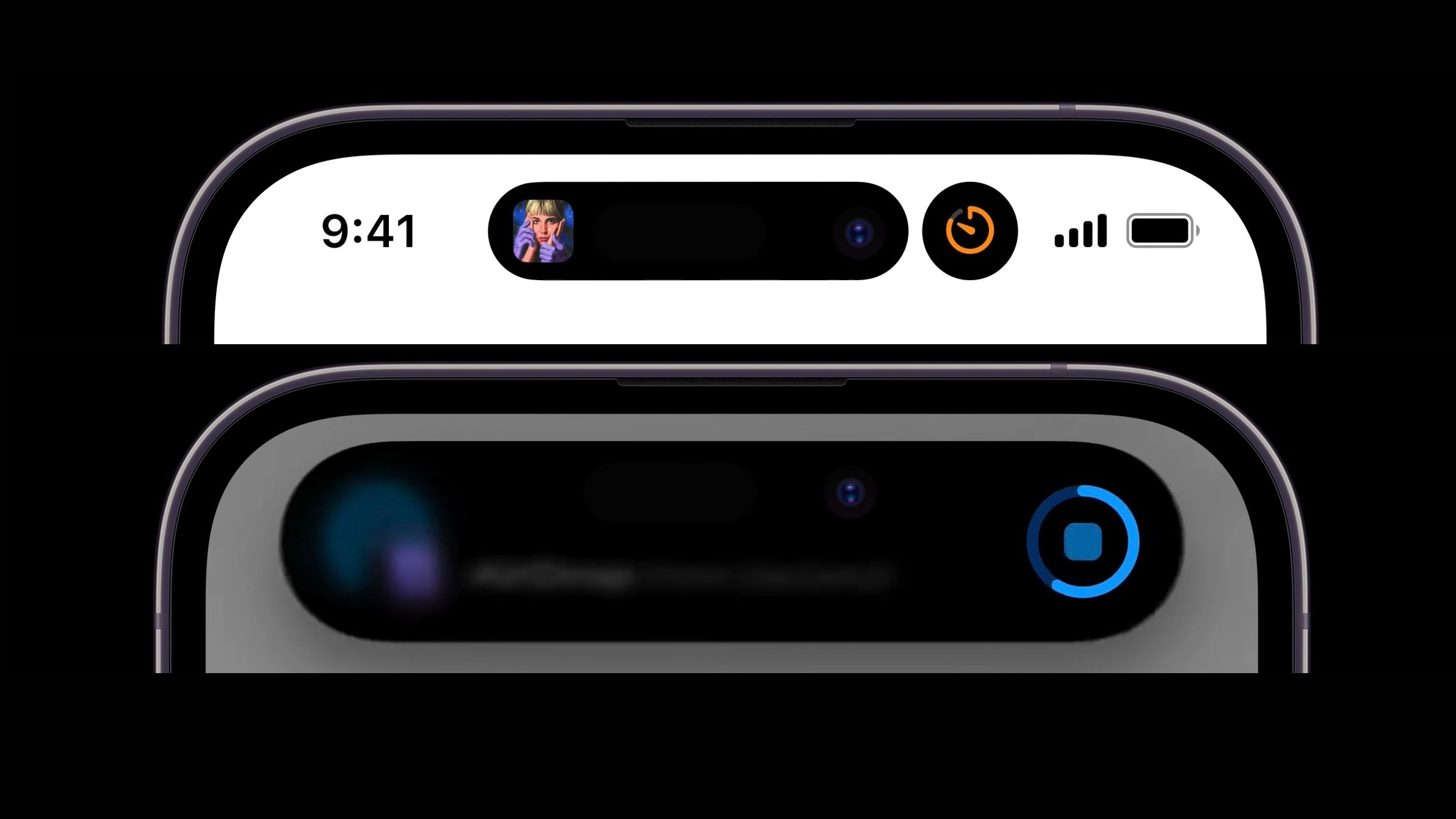 The area around the cutout changes to make it simpler to access controls for running background activities such as Maps, Music, or a timer. Third-party apps can also use this section; for example, you might get sports scores there.

The display, which measures 6.1" on the Pro and 6.7" on the Pro Max, is now brighter, with a peak brightness of up to 2,000 nits for HDR content, and a new controller that allows refresh rates as low as 1Hz. This means that Always-On Display is now accessible on an Apple product, and it is limited to certain Pro phones. This Always-On Display will show the time, widgets, and Live Activities at a glance 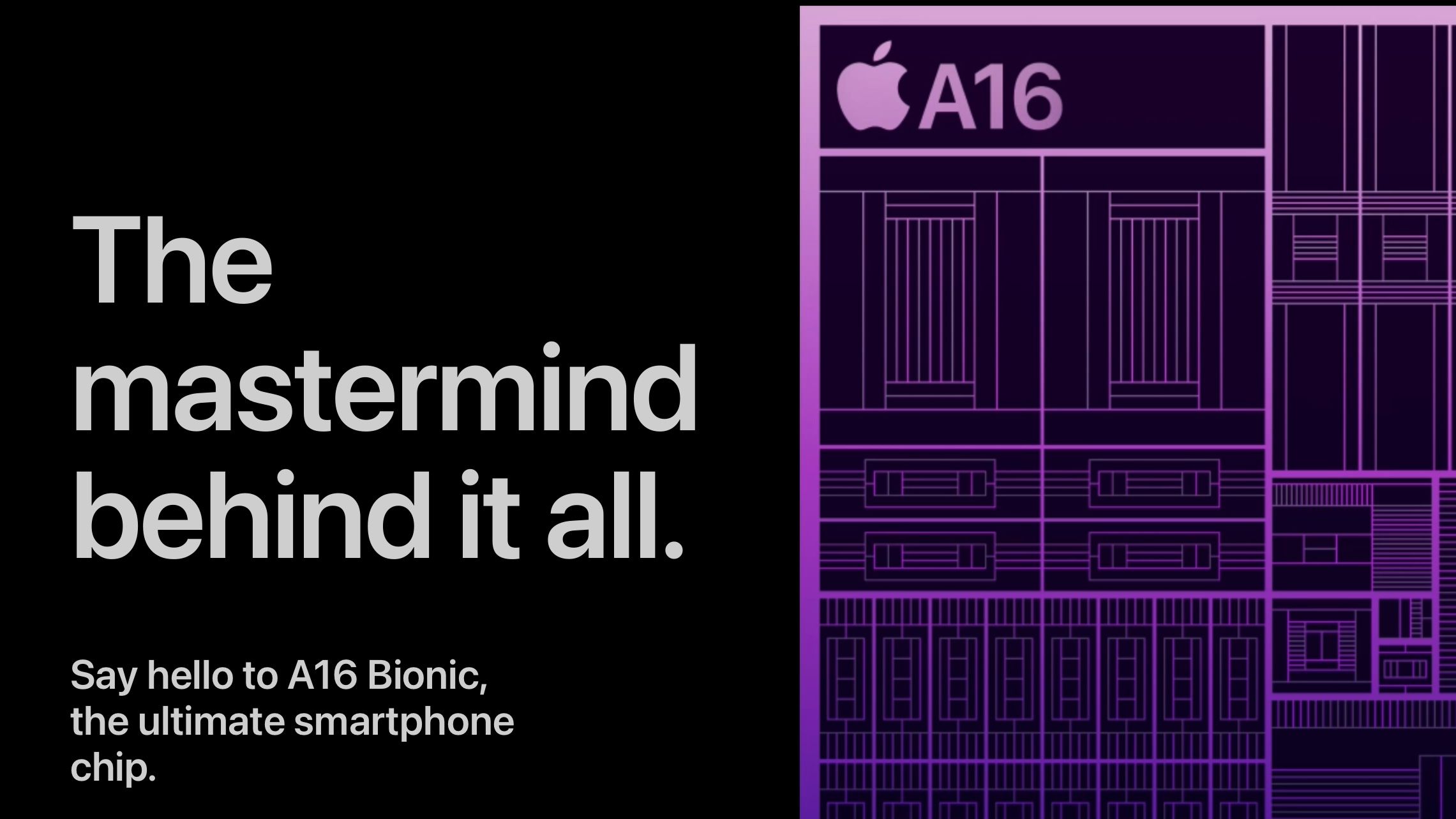 The two devices are powered by the A16 Bionic chip, which has a six-core CPU with two performance cores and four efficiency cores. The CPU is said to be 40% faster than the competition, and its two high-performance cores use 20% less power than the A15's. The A16's 16-core Neural Engine can perform 17 trillion operations per second, while the 5-core GPU has 50% more memory bandwidth. 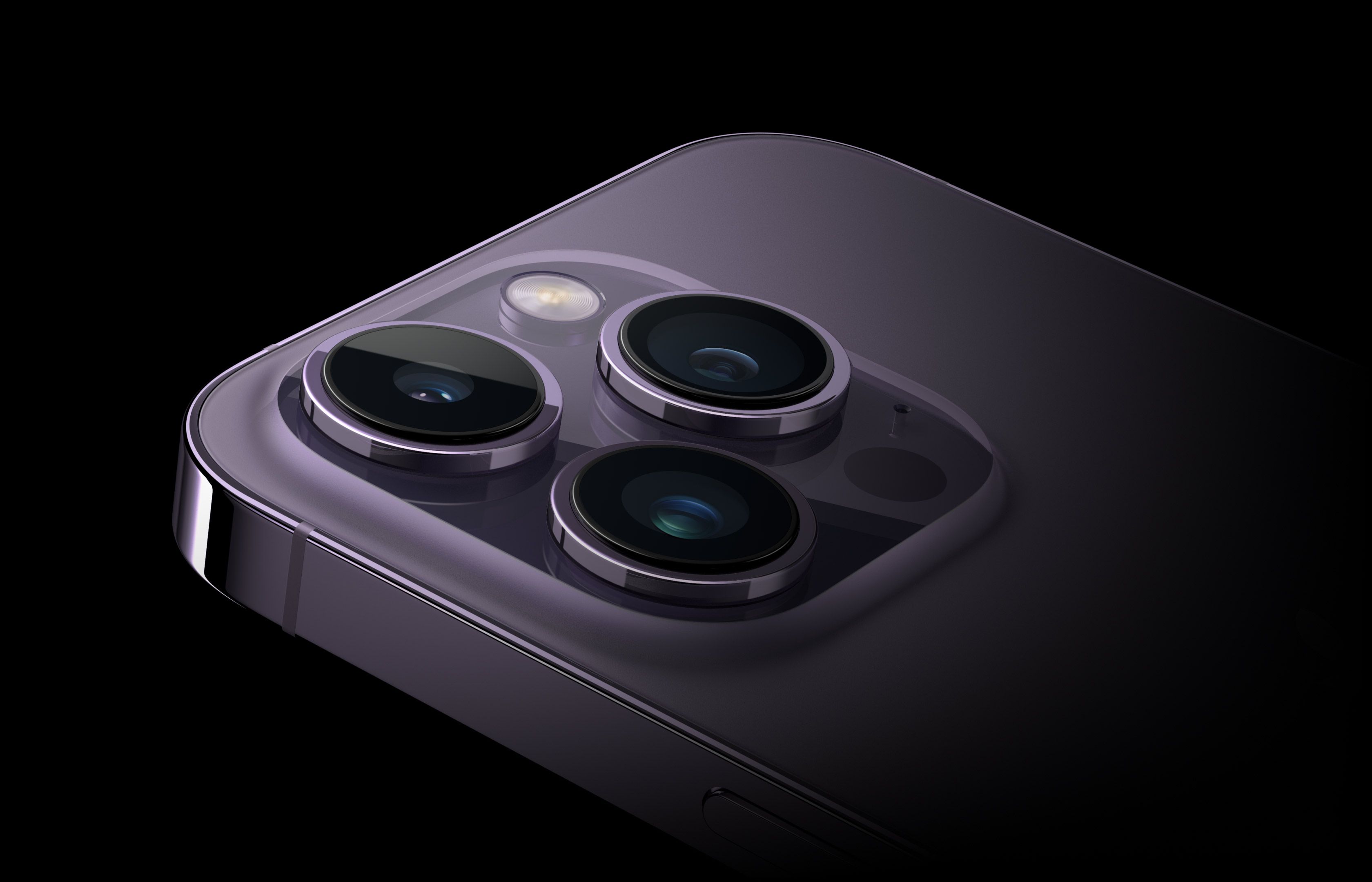 The rear camera includes a "quad-pixel" sensor, which is a first for Apple but rather old in the Android market right now. The sensor has a 48MP resolution, and the phone shoots in 12MP by default. The camera has an f/1.78 aperture and a pixel size of 1.22m before binning - 2.44m after binning. You also get second-generation sensor shift stabilisation and full focus pixels.

The high-resolution main sensor enables a new intermediary zooming step of 2x in the camera app, which is ideal for Portrait Mode images. A new 12MP ultrawide camera with massive 1.4m pixels is on the way, offering crisper photographs with greater detail and enhancing macro shots. Finally, the 3x telephoto camera with optical picture stabilisation remains. 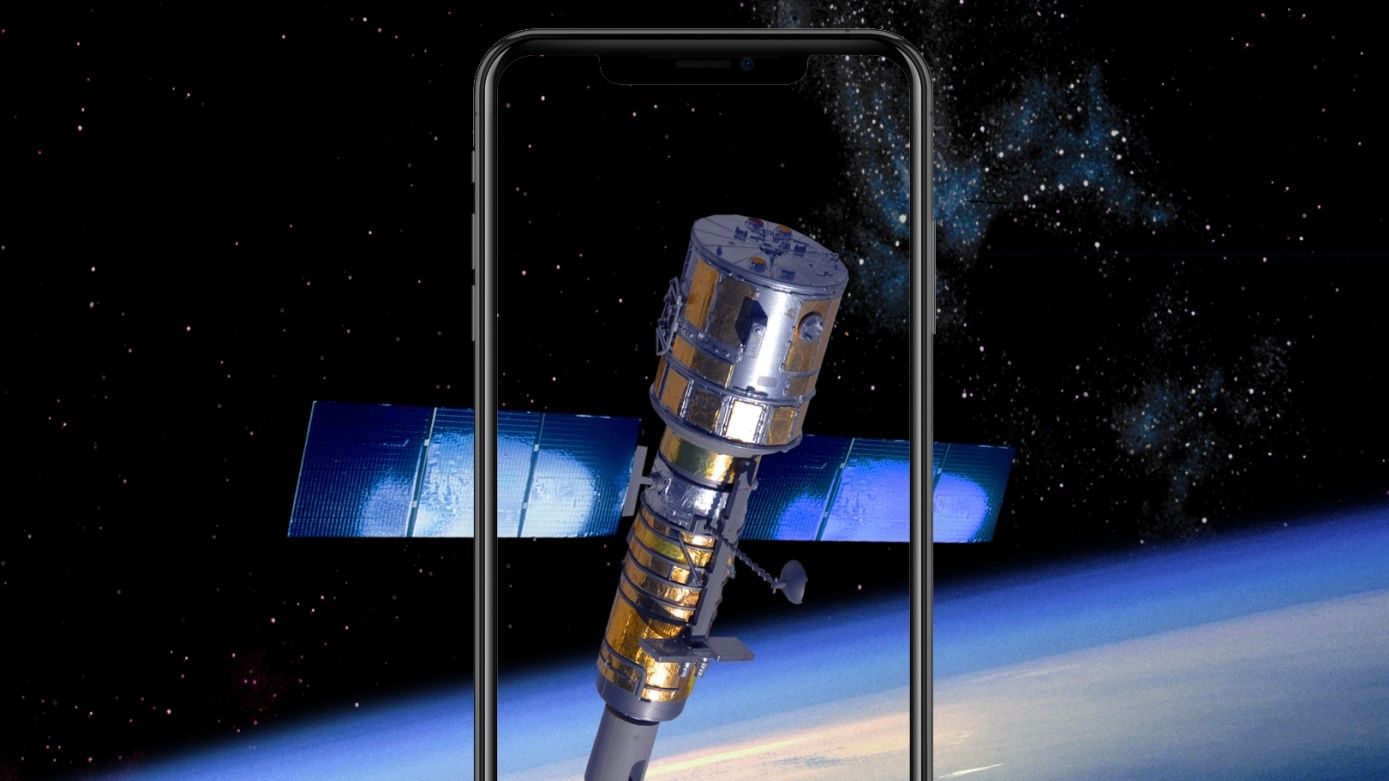 If you are 'off the grid' but in "light foliage" or in direct view of a satellite, you can also contact emergency services via satellite. This service will only be available in the United States and Canada in November, and it will be free for the first two years. 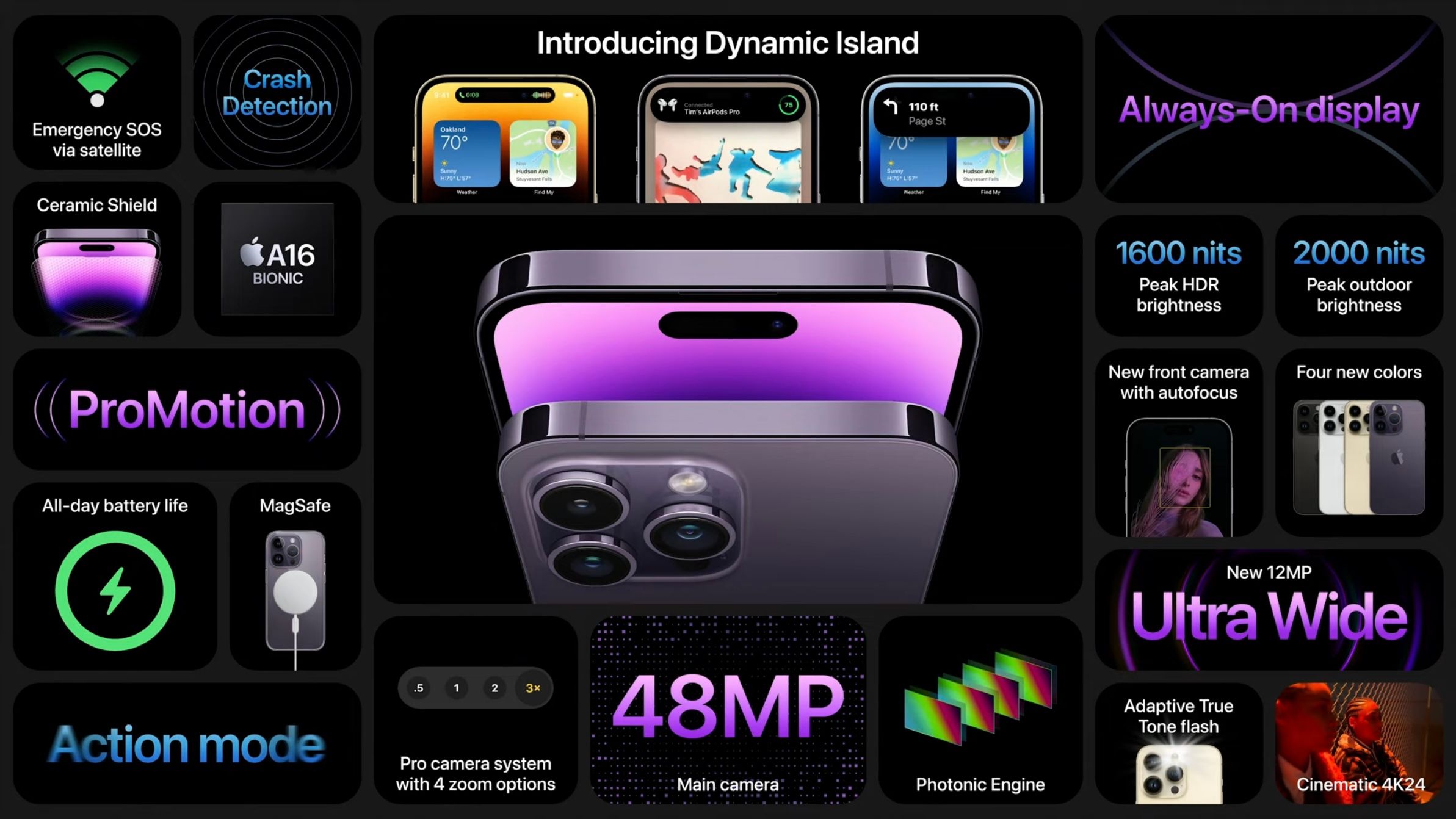