Apple Watch Series 8, SE and AirPods Pro 2: Everything To Know

Apple launched a whole suite of products During the Apple Far Out event yesterday. Let's have a look at the Apple Watch Series 8, Apple Watch SE and the new AirPods Pro 2. 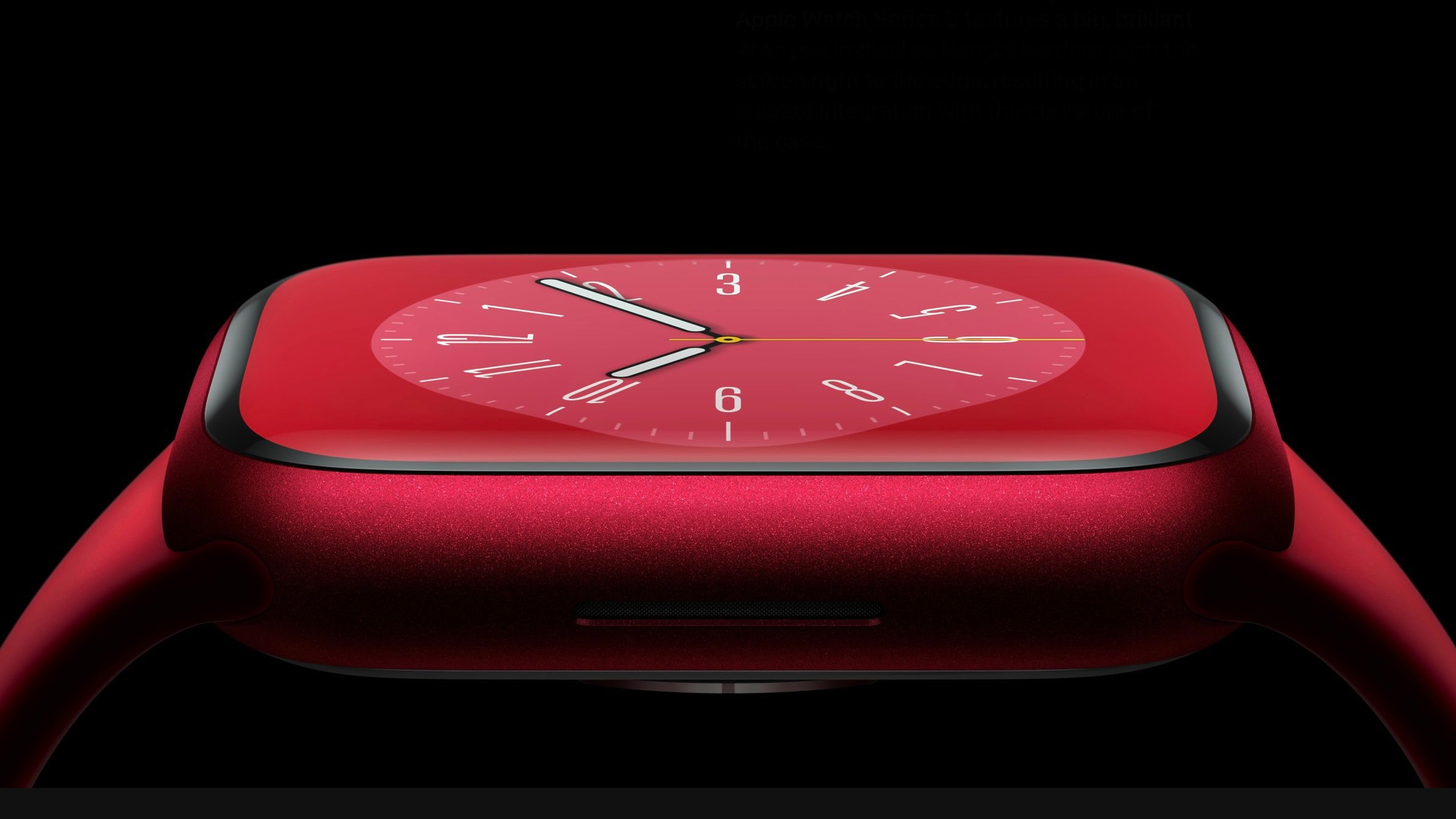 Let’s start with the Series 8 Watch. It looks remarkably identical to the Apple Series 7, except it has the new S8 chip, a temperature sensor, crash detection, and a new Ultra low power mode.

The temperature sensor will monitor your skin temperature every five seconds, utilising a combination of two sensors: one on the skin and one directly beneath the display. It can detect changes as tiny as 0.1° C and will aid in predicting ovulation and tracking cycle deviations. 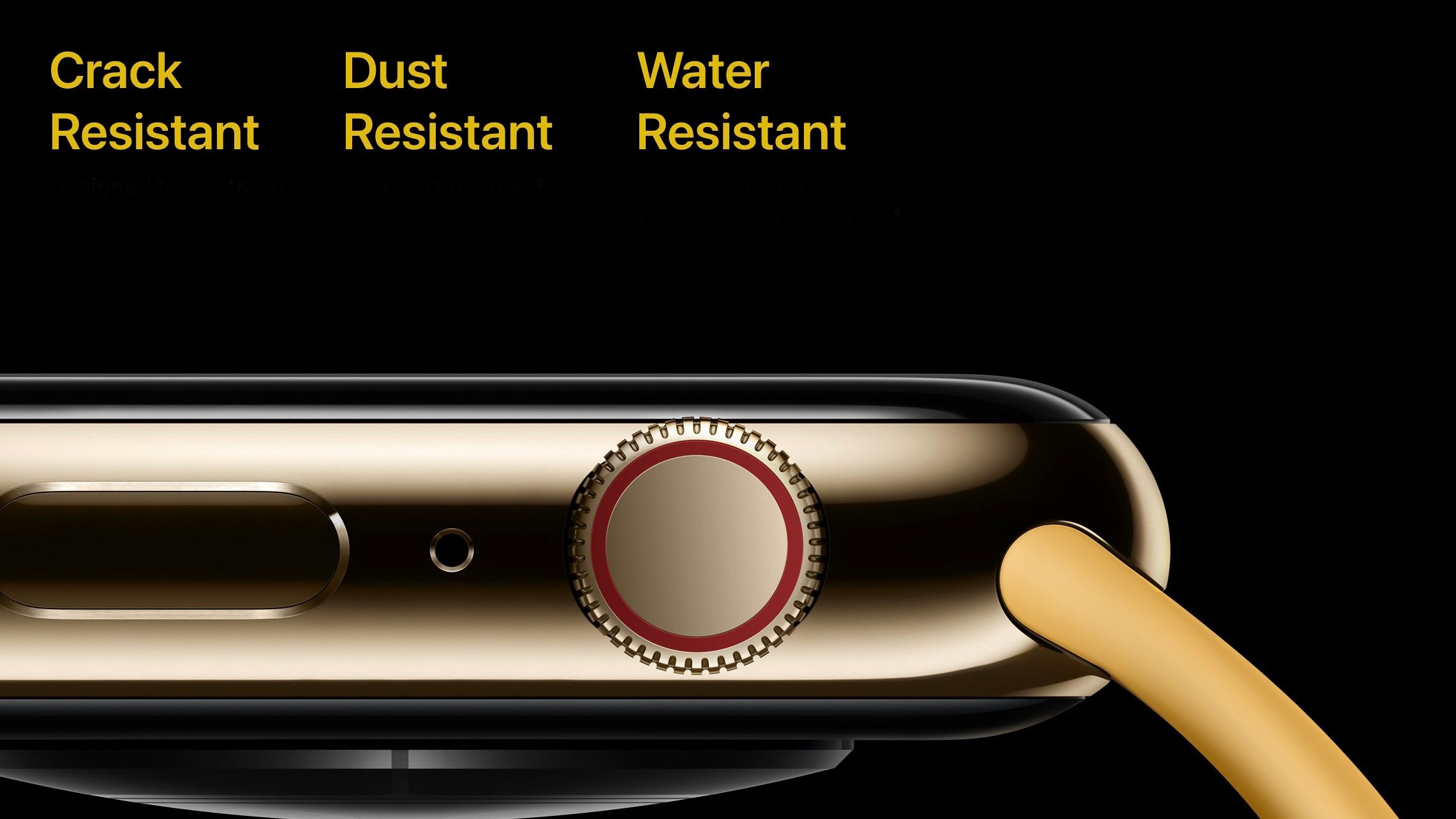 Crash detection is enabled by a 3-axis gyro sensor and a new High G-force accelerometer capable of detecting up to 256 G's. The new sensor will be able to detect between a front or side hit, a rear-end accident, and a rollover four times faster than the original accelerometer. When a crash is detected, the Watch Series 8 will automatically inform emergency services and your emergency contacts.

The Watch Series 8 has an 18-hour battery life with an always-on display, automatic activity tracking, and fall detection, but you can double it to 36 hours by turning off some of the features. 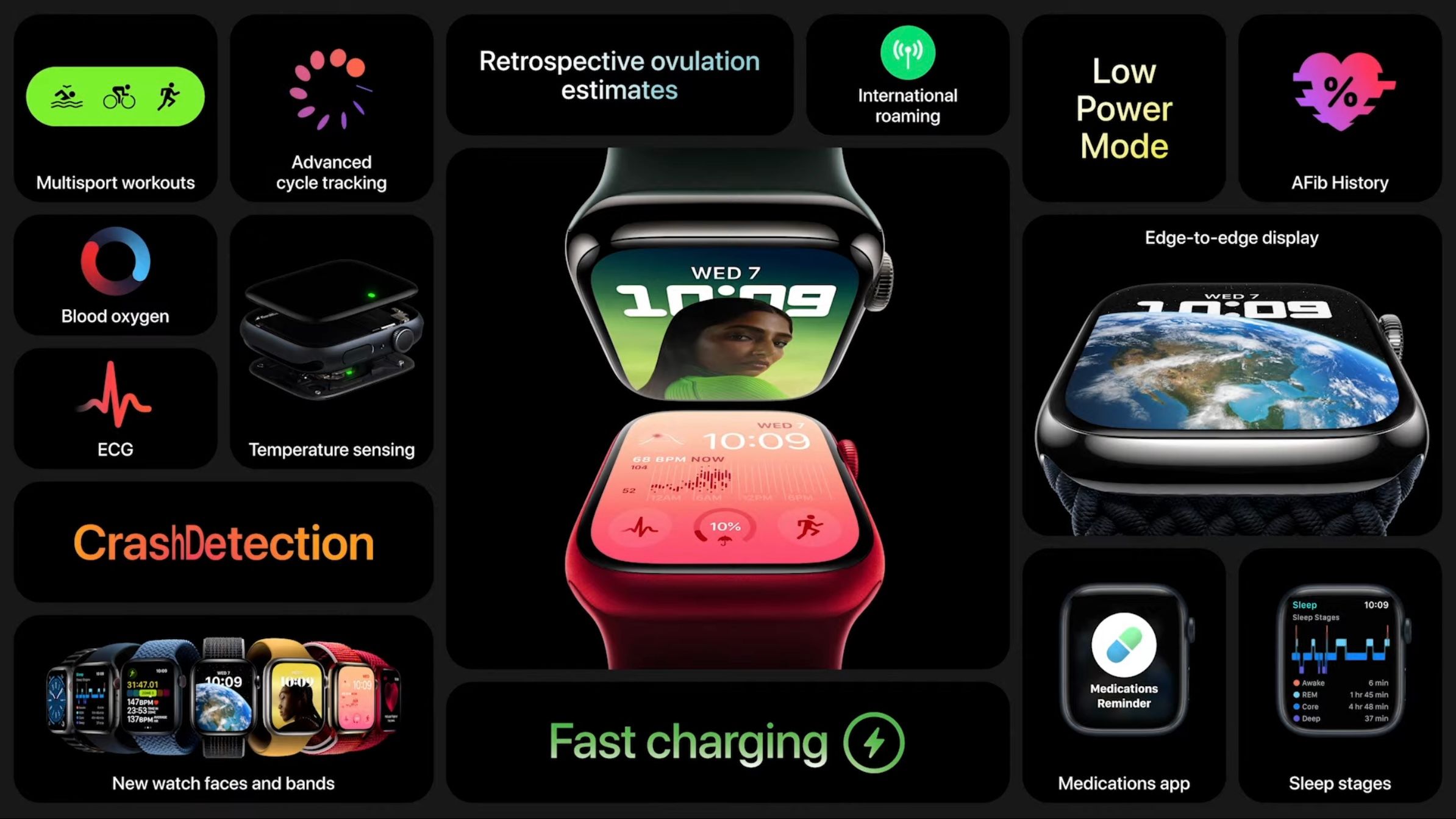 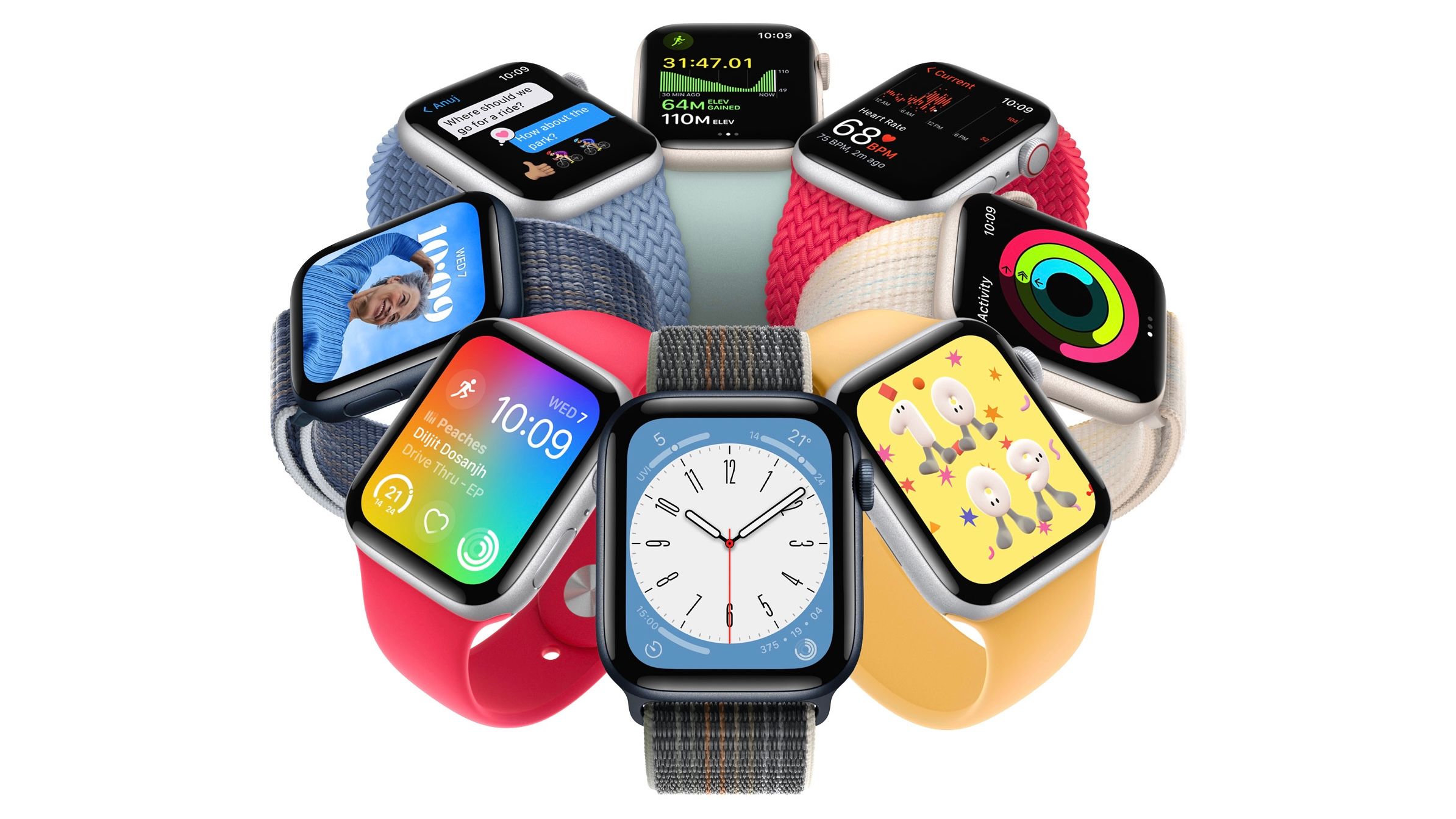 Finally, the new Apple Watch SE 2 does away with the temperature sensor but retains the S8 chip found in the more costly Series 8 and Watch Ultra models, as well as compatibility for the new crash detection. The Watch SE 2 sports a case made entirely of recycled aluminium and a newly designed plastic back. 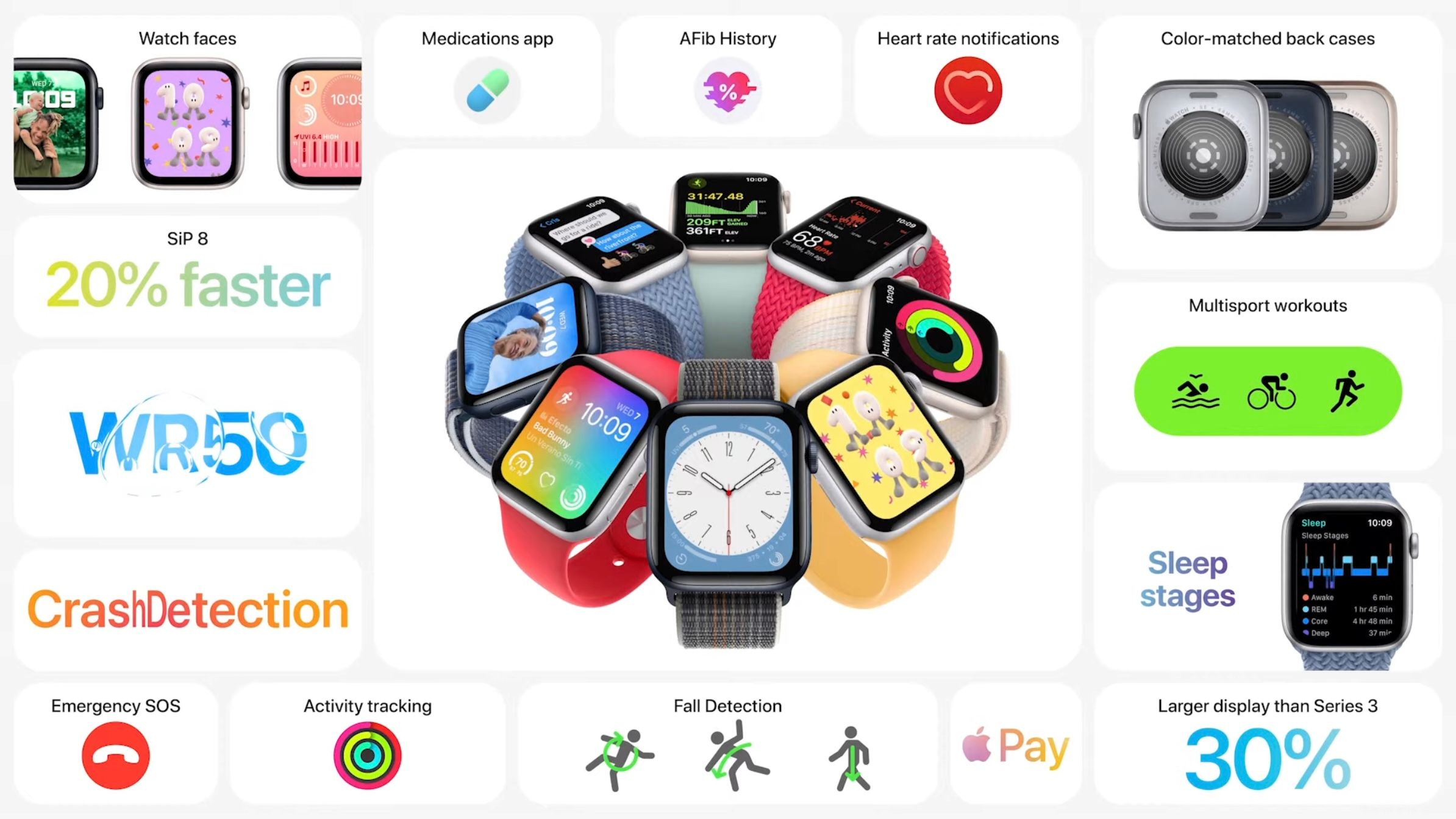 The SE is available now, the Apple Watch SE 2 price in India starts from Rs 29900 for the GPS-only model and Rs 34900 for the GPS+Cellular model, with shipments beginning on September 16. 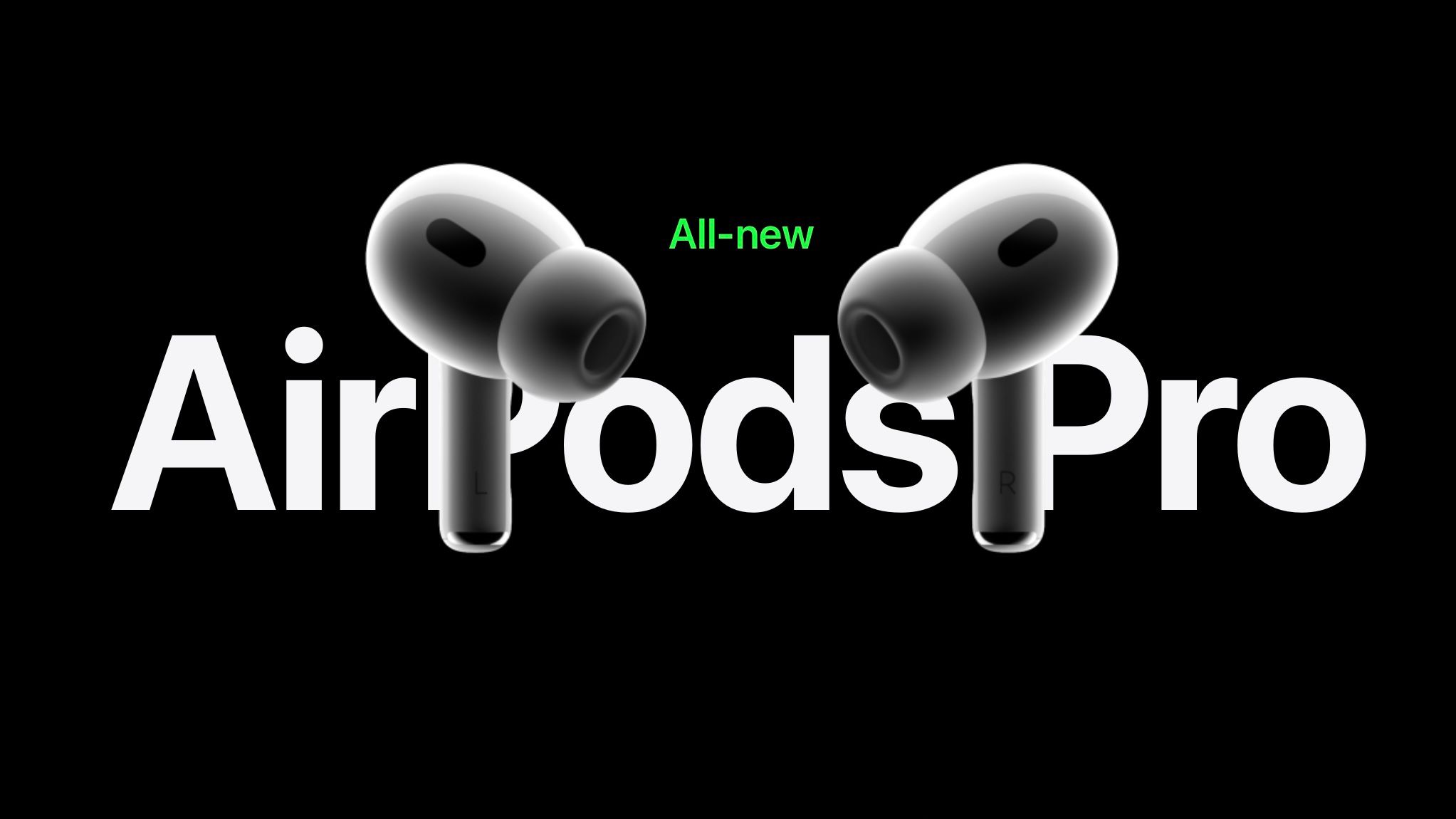 Apple took its time updating the AirPods Pro, but we now have the AirPods Pro 2. Apple is bringing a new low-distortion driver and amp on board, powered by the H2 chip, to cover a wider spectrum of sound frequencies. The design is the same as before, with in-ear silicone tips and side stems. 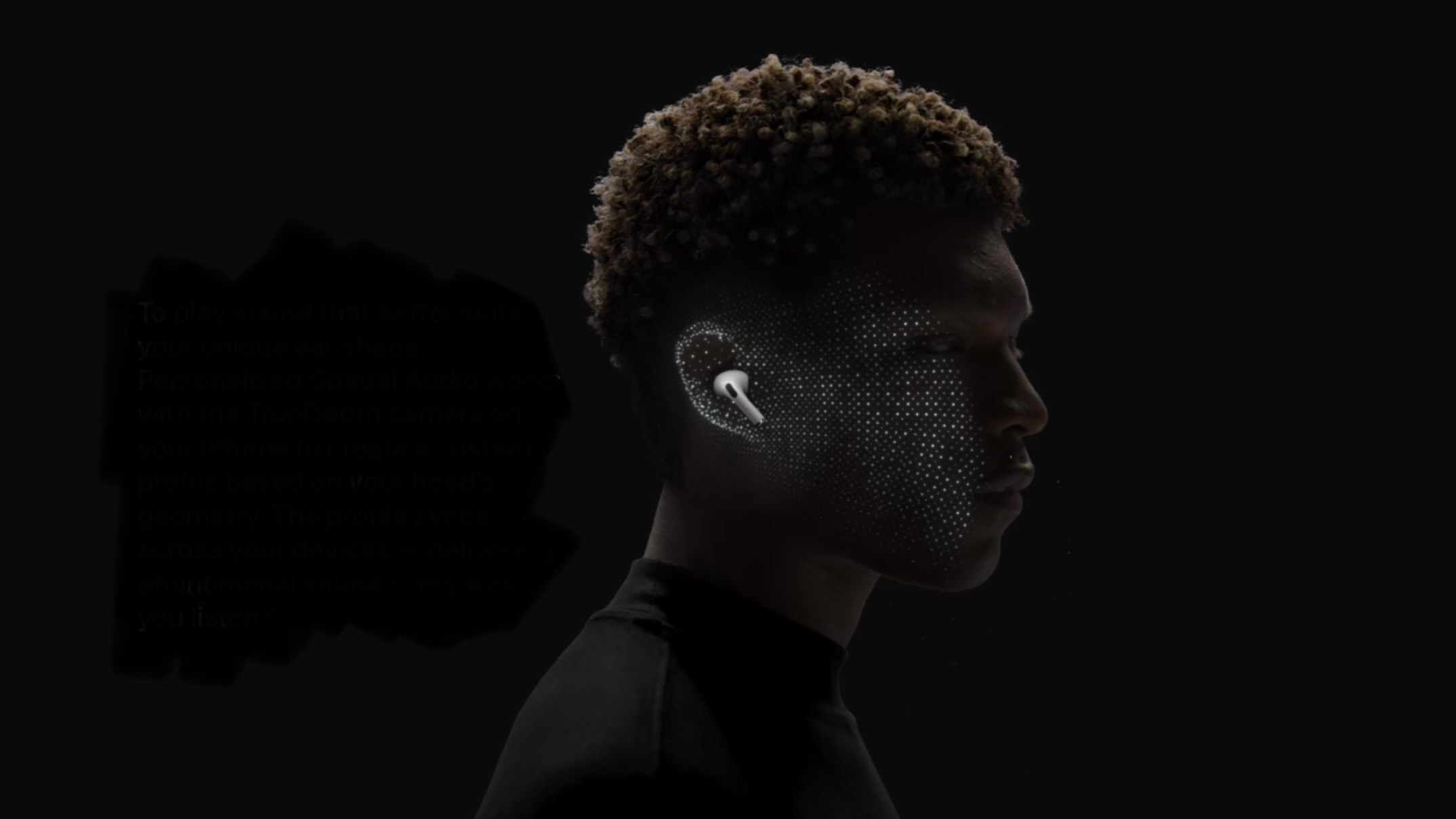 Apple's surround sound technology has been enhanced with the customised Spatial Audio feature. It works by leveraging your iPhone's actual depth camera to produce a personalised spatial sound profile depending on the shape and size of your ears.

Adaptive transparency is a new mode that listens to and suppresses any high decibel sounds near you, such as a construction site, while toning it down once you are further away and in a peaceful setting. Apple's Force sensor control points now have extra volume adjustment touch controls.

The battery lasts 6 hours of listening time and 30 hours with the case. Because of UWB, the new charging case is compatible with the Find My service and includes a speaker that can play high pitch sounds to assist you in finding it. The case can be charged wirelessly or through its Lighting port using any Qi charger, MagSafe charger, or Apple Watch charger. 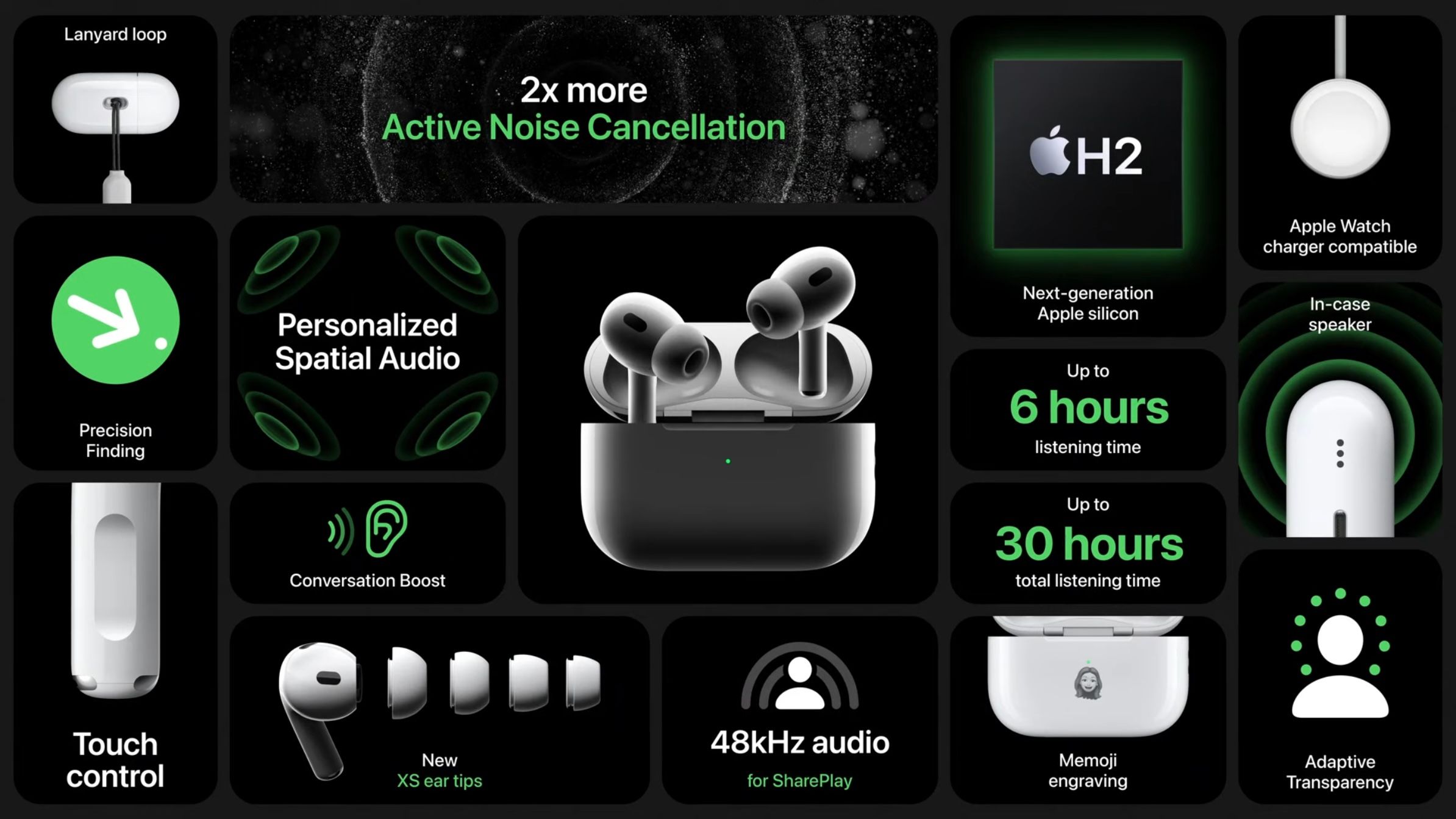