The Apple Watch 7, Apple Watch 6, and Apple Watch SE are the most recent versions available if you're looking to purchase a new Apple Watch in 2022. If you can locate them in stock, you should be able to discover some great bargains on these gadgets, with more coming later in the year. 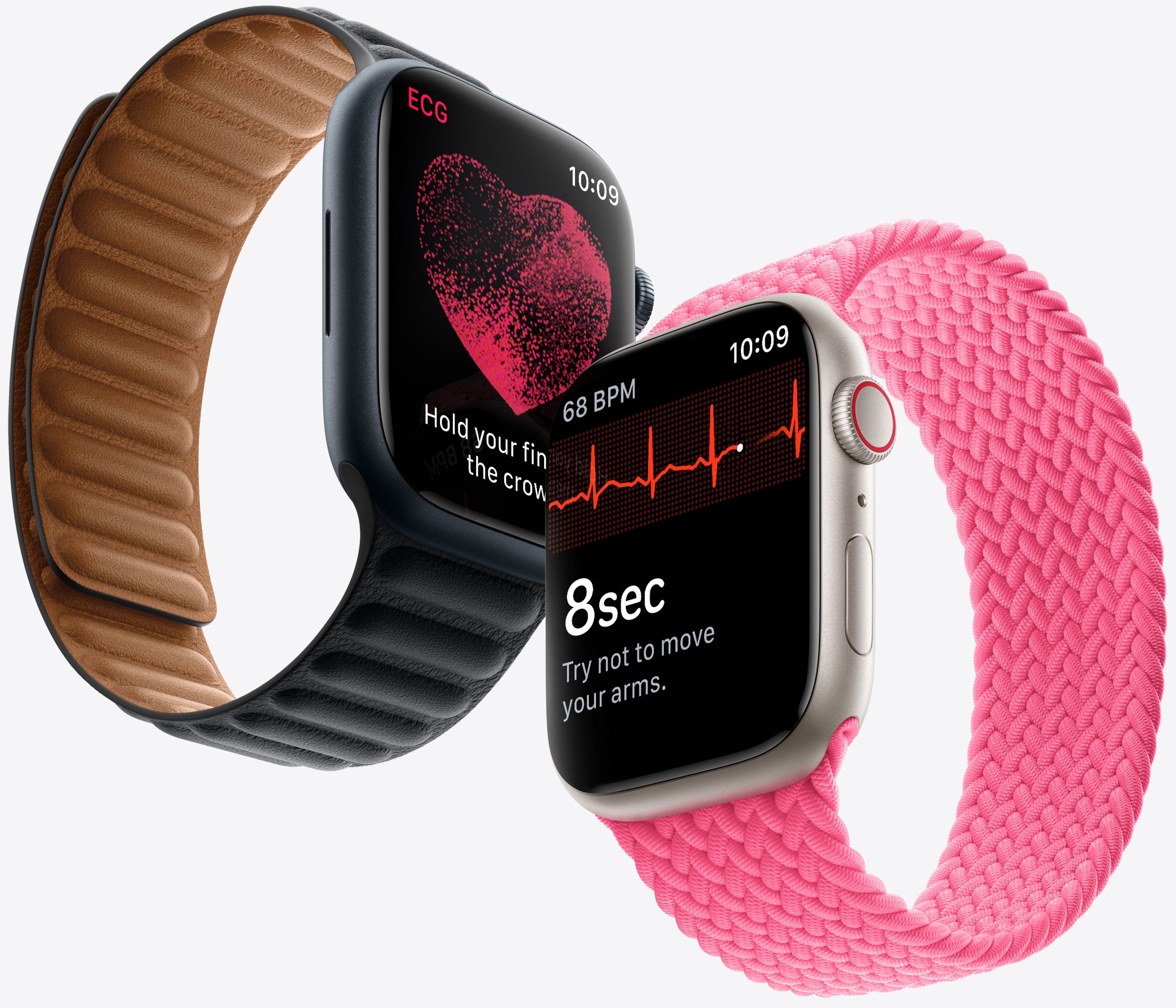 Even while you might be tempted to get a new Apple Watch right away, you should keep in mind that three new Apple Watch models are apparently part of Apple's plans for 2022, which have been widely reported. 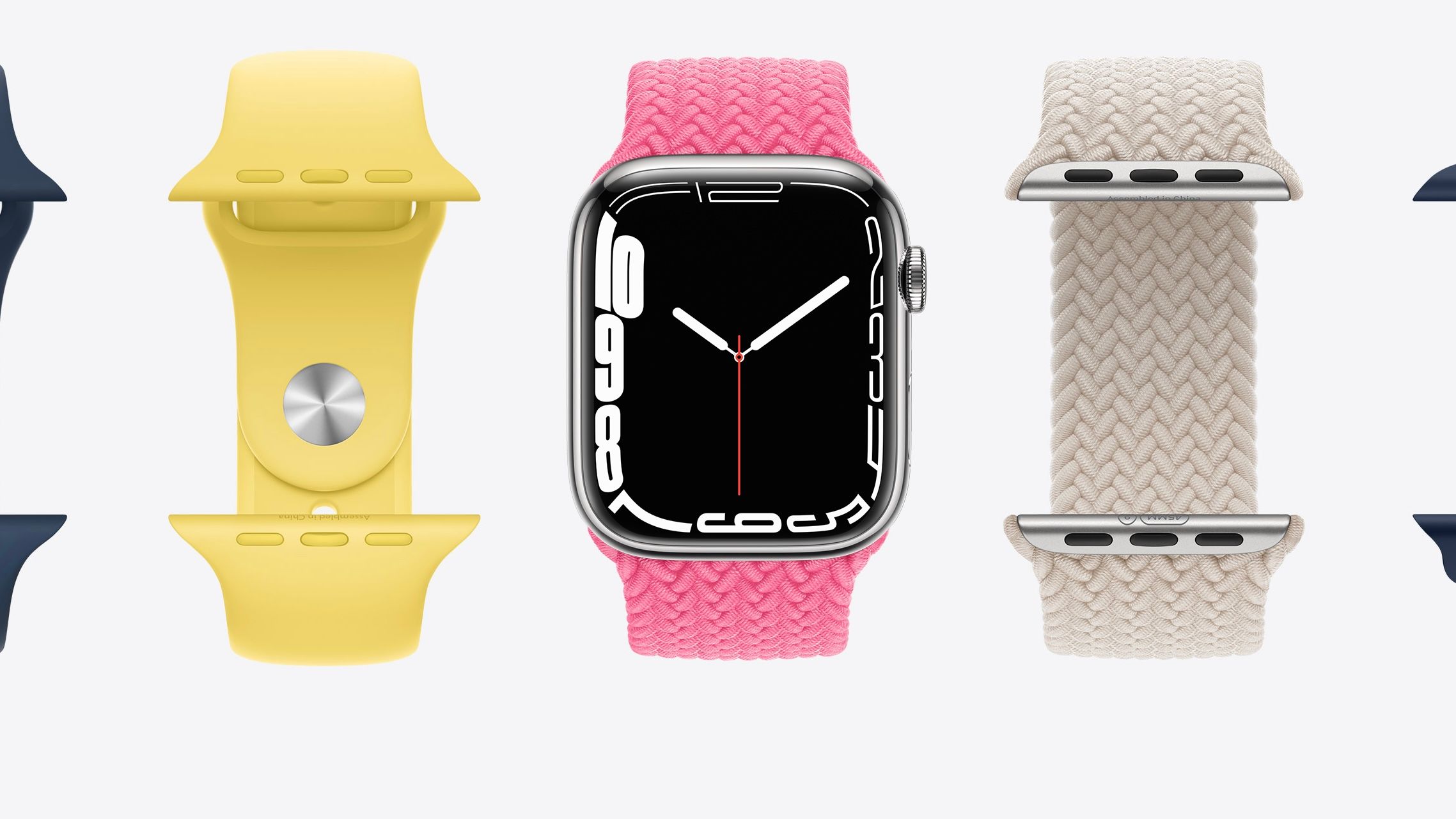 Apple's intentions for the iPhone and iPad Pro have been disclosed by the rumor mill, but we've also heard about the company's forthcoming 2022 Apple Watch models. Here are the three prospective Apple Watch models we've heard about so far, according to rumors, that might be released at this year’s Apple event:

Apple normally enhances the performance of the Apple Watch once a year, so the Apple Watch Series 8 should feature some noticeable modifications. Although the current iterations of the Apple Watch have outstanding battery life, we might see Apple improve upon things with more efficiency. This is especially true for Apple's budget-friendly Apple Watch, the SE. Since the first Apple Watch SE was introduced in September 2020, some performance improvements are expected. It was first stated that we can anticipate "faster chips across the board" without going into further detail. 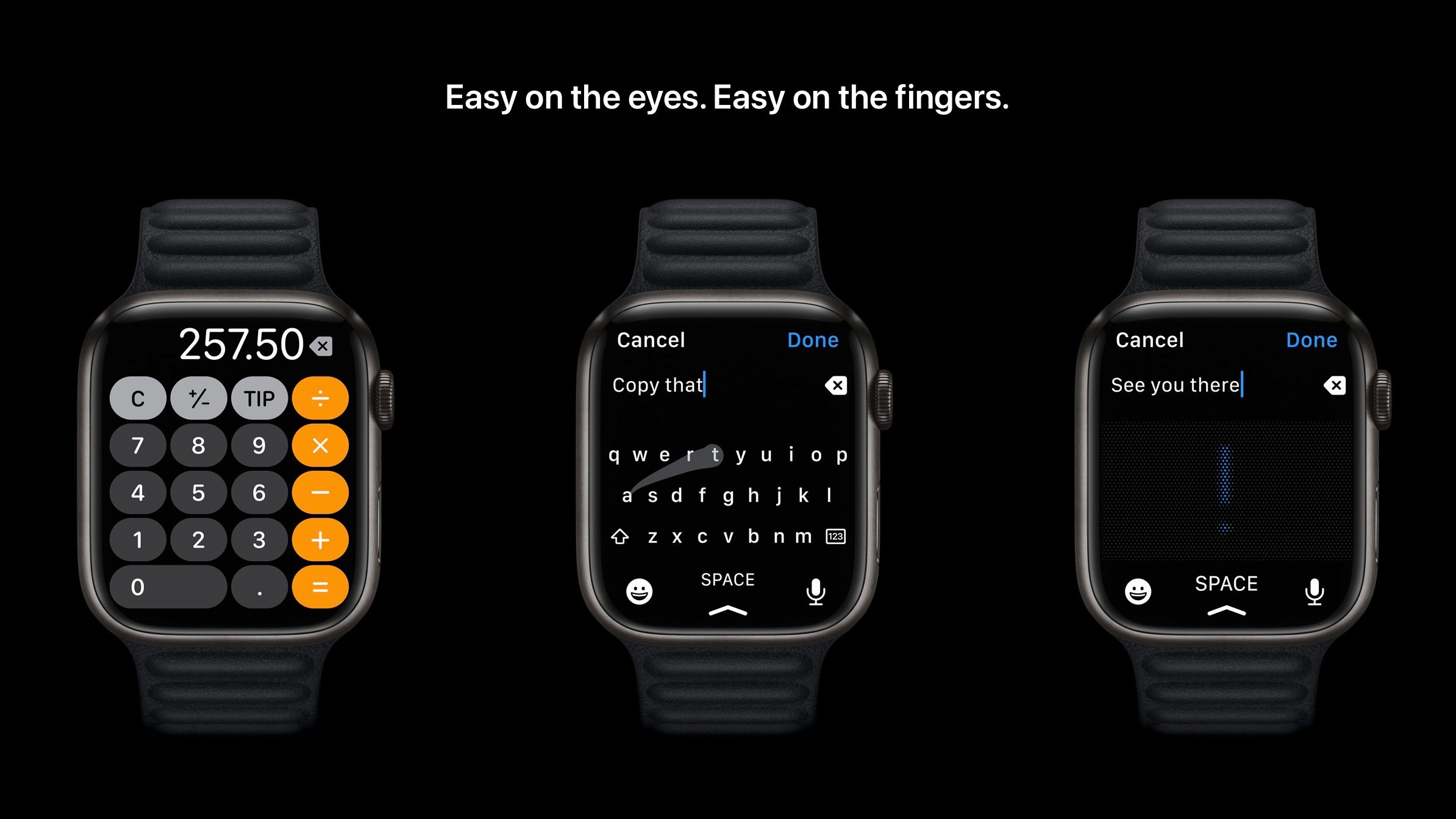 Rumors claim that the Apple Watch Series 8 will feature numerous significant improvements in terms of health. The wristwatch may have new women's health, sleep, fitness, and medication management features. Additionally, there are claims that an Apple Watch body temperature sensor could be added as early as this year. Although he also claims that it will be able to detect fevers, the feature would initially be made to aid in fertility planning. Additionally, according to analysts, there is a strong probability that the Apple Watch Series 8 will include a body-temperature sensor, the functionality which was once planned to launch with the Apple Watch 7, but it didn't live up to expectations. A recently filed patent shows an extremely accurate body temperature sensor for the Apple Watch, giving us a hint as to what the anticipated feature would look like. 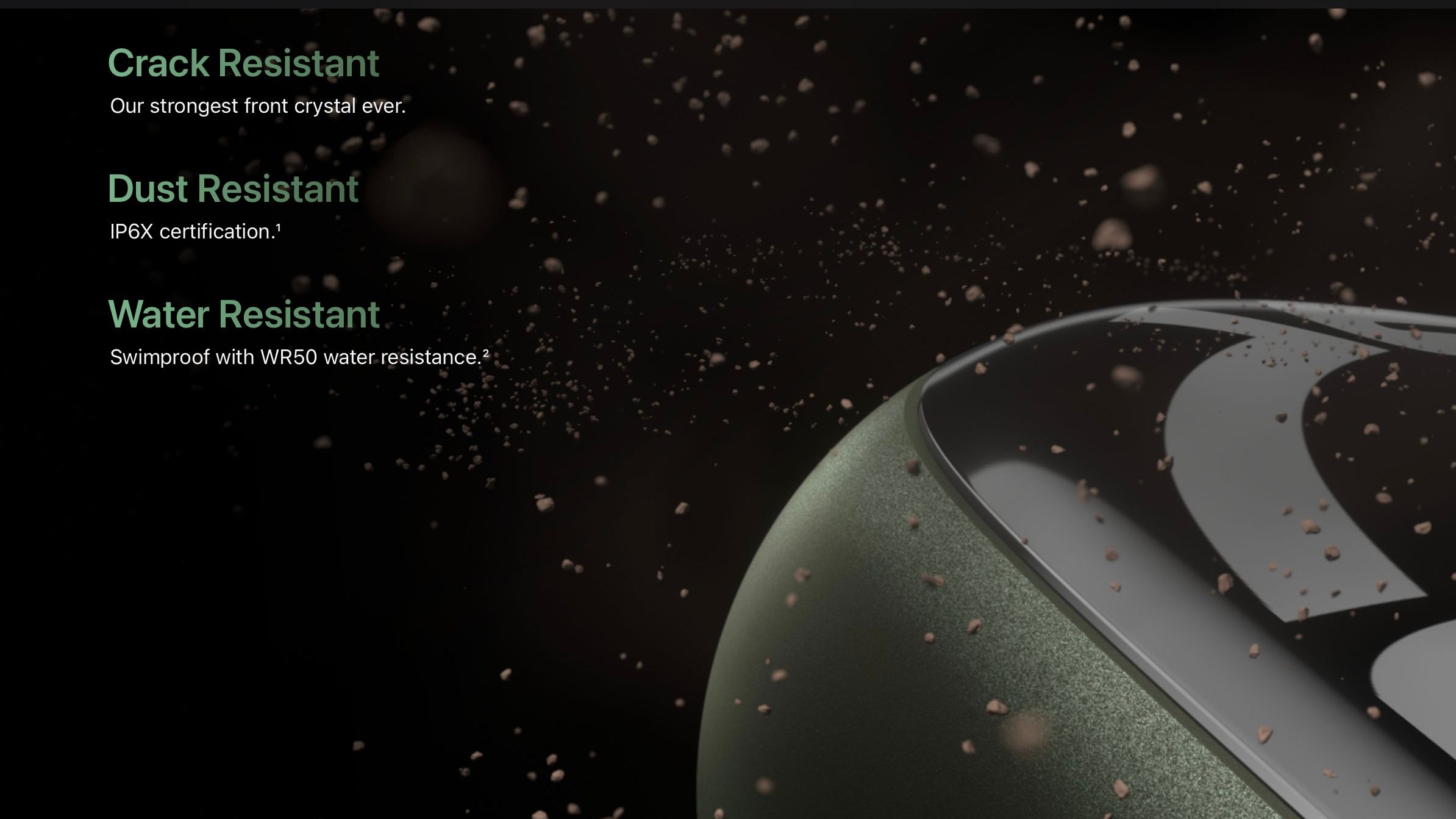 Apple could add satellite capabilities to the Apple Watch this year. If successful, customers would be able to text emergency responders via satellite networks. For those who enjoy traveling to places with poor or nonexistent cellular service, this would be very important. These capabilities may also be added to the iPhone 14 series this fall, according to rumors. Keep in mind that this was also believed to be planned for the iPhone 13 series, but that rumor was untrue. While this is undoubtedly thrilling, there is no assurance that it will actually occur in 2022. A report even suggests that it might be delayed until 2023.

GO FOR AN APPLE WATCH PRO

It appears that Apple was working on a new Watch for you if you prefer to use your Apple Watch in challenging conditions or if you like completing intense exercises. Apple was developing a new Apple Watch with a tough case geared at sports, hikers, and those who use the device in harsh conditions. The device will provide improved defense against drops, dings, scratches, and other hazards. 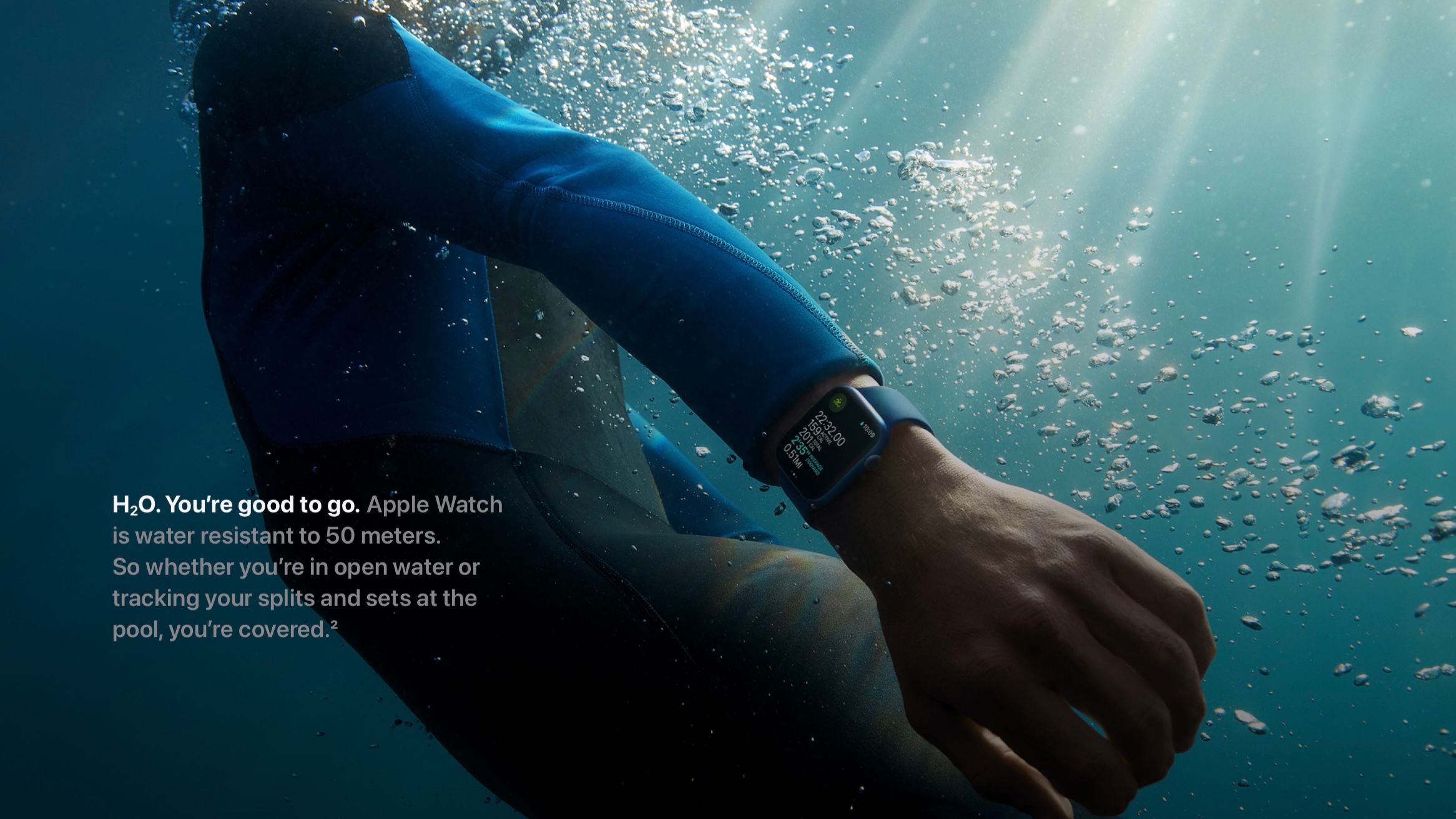 Additionally, it is claimed that this new model will have a larger display with a nearly 2-inch diagonal measurement. Although it appears that this is the only new model with this adjustment, as heard this before also. According to reports, the new robust model would feature a bigger battery than the other models, enabling athletes to track workouts for longer.

The long-rumored flat design won't be present, though. Instead, the design will be an extension of the current rectangular shape. The market believes this model will be Apple's "Pro" Watch which implies it would likely come with a hefty price tag. It is predicted that it will cost between Rs 71,800 and Rs 79,690. Additionally, according to analysts, this model of the Apple Watch will have a high price tag, and as a result, he anticipates minimal sales. The "Pro" model, will have a casing size of 47mm, which is larger than the options now available on the Apple Watch 7. (41 mm, 45mm).

A new, more affordable Apple Watch SE 2 could be unveiled by Apple as well. Although the leaker has not disclosed the contents of the new model, you can anticipate improved performance. Apple might potentially improve the cheap model's appearance and include any missing health features. Rumors claim that one feature it won't have is a bigger display, likely maintaining the same size as the present model. One leaker claims he doesn't have high expectations for the upcoming SE model, indicating that it will probably only is a slight improvement over the one that came before. The Apple Watch SE 2 is unquestionably a product you should keep an eye on if you're looking for an affordable wristwatch. 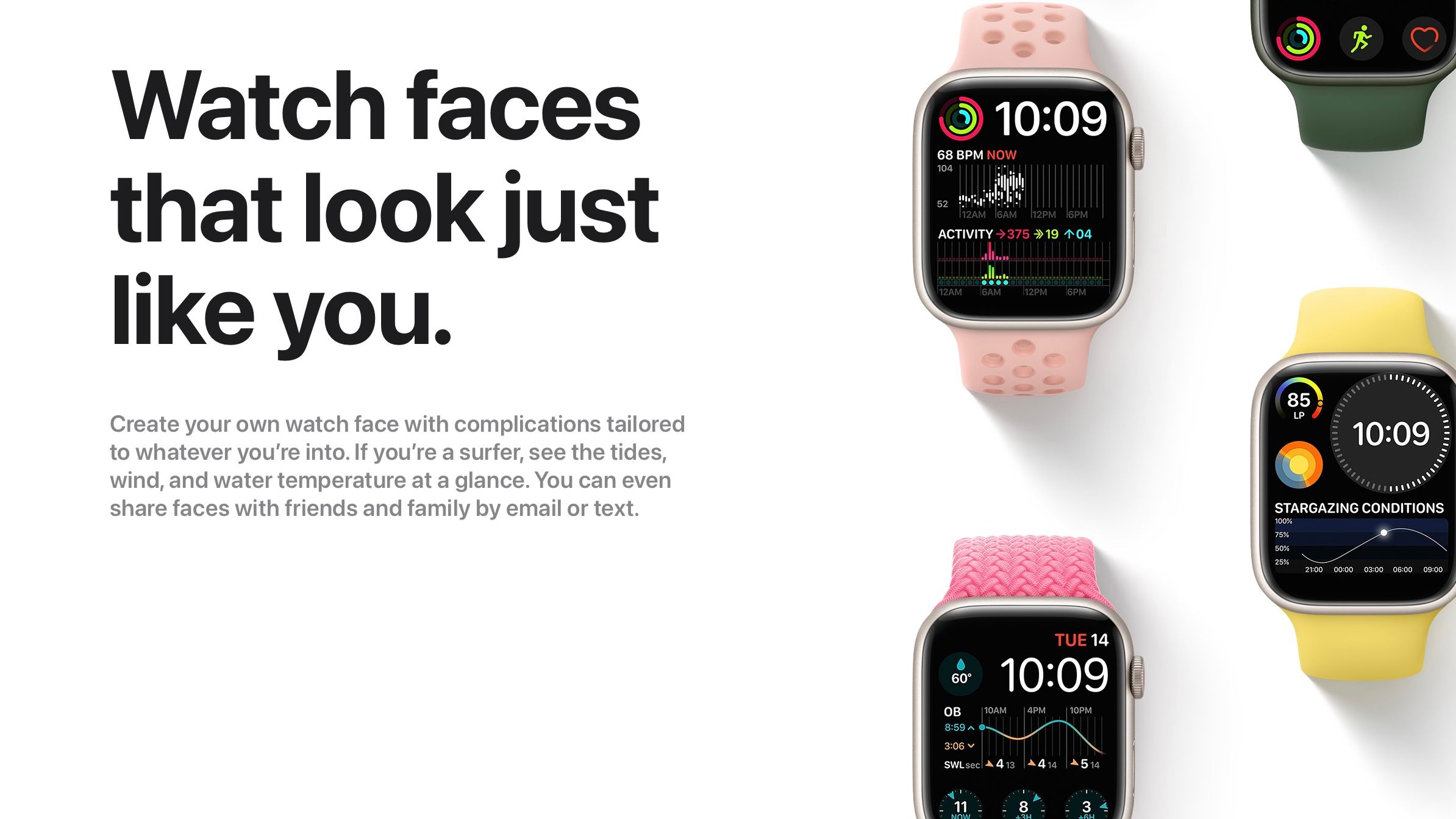 WAIT BECAUSE THE Apple Watch Series 8 RELEASE DATE IS CLOSE

If you have waited a long time before purchasing a new Apple smartwatch, then the wait is over The Apple Watch will go on sale by this week of September. According to Apple, the new Apple Watch operating system, watchOS 9, will debut at this event. It almost probably will be the new Apple Watches' power source when they are released. The new Watches and the iPhone 14 series are expected to be unveiled at Apple's launch event on September 7th, 2022 which the company has confirmed. Soon after that, the new Apple Watch models will be available for sale.

We all learned about blood glucose monitoring for forthcoming smartwatches from Apple and Samsung last year. Although it's undoubtedly in the works, we won't likely see its release this year. According to News, the Apple Watch will offer non-invasive optical blood glucose monitoring. Apple sent out a survey to Apple Watch customers asking for feedback on how they use their watch in an unexpected turn of events. The study asks a variety of topics, such as whether people have applications loaded to monitor their blood sugar levels, medications, and eating patterns. Although Apple has long been interested in making a smartphone with these features, there is currently little likelihood the function will be introduced this year. Future Apple Watches could assess blood pressure, blood glucose, and blood alcohol levels, according to a report. Sadly, the technology might not be up to date.

In a more recent report, analysts list three health features Apple is working on: the capacity to capture blood pressure readings, the ability to assess body temperature, and glucose and blood sugar monitoring. All of them, in analysts' opinion, are far off. In a follow-up article, there are claims that while new health features will be released later this year, blood monitoring tools won't likely be available until 2024 or 2025. There is hope on the horizon if you're interested in an Apple Watch that can track blood sugar levels. Sadly, it appears that you will have to wait past this fall.

Don't allow Apple Watch Series 8 rumors to deter you from purchasing a new wristwatch if you find one you like, whether it's one of Apple's Watch models or an alternative like the Samsung Galaxy Watch 4 or the Fitbit Versa 2. It makes more sense to buy the update you want right away and enjoy it for the next year or more if you can upgrade from an older model on the cheap or locate a good offer. If you ever decide to upgrade to the Apple Watch Series 8, you can always sell your old Apple Watch for a good price on the secondary market.

DON’T BUY AS THERE IS NO 5G YET

There is no certainty that the Apple Watch will support 5G this year, despite the fact that it would be fantastic if it did so like the iPhone 13 and iPhone 12 series. Although 5G millimeter wave antennas for the Apple Watch have been shown in Apple patents, this does not guarantee that the technology will be available this year. And although 5G connectivity makes perfect sense on a smartphone, the Apple Watch currently has less need for 5G. This makes it difficult to imagine a release happening this year, along with the battery demands of new connectivity and the possible difficulties with fitting a 5G connection in a smartwatch.

So are you all excited about the new APPLE Smart Watch series to be launched tomorrow? We’re less than 24 hours out from the Apple event, to get a surety about the rumors all over the market.

Your Android phone will receive these new features
For the festive season, Google is adding several new features to improve the user experience and pairing of your android phone, TV, smartwatch and more.
02-Dec-2022 01:17 AMRead Full News
Apple M2 Max MacBook Pro to seen on Geekbench with 96 GB of RAM!
In leaked Geekbench benchmarks, it seems that Apple is testing the MacBook Pros with up to 96 GB of RAM with two additional CPU cores.
01-Dec-2022 07:41 AMRead Full News
Nothing CEO says iPhone 14 Pro is better than Nothing Phone 1
Nothing CEO openly admits that the iPhone 14 Pro is an overall better product than their own Nothing Phone 1 with one major caveat.
01-Dec-2022 12:20 AMRead Full News
Google Pixel 7a design leaked
Google is gearing up to launch the Pixel 7a sometime next year. In recent leaks, the design of the device was leaked and it shows that the Pixel 7a will be more similar to the flagships this year.
30-Nov-2022 07:25 AMRead Full News
OnePlus Nord CE 3 renders and specs leaked prior to the launch.
The OnePlus Nord CE 3 is expected to be launched soon. Prior to the official launch, the renders and specifications of the device were leaked by OnLeaks.
30-Nov-2022 12:03 AMRead Full News
Why is Apple iPhone 14 Pro hard to find?
If you are planning to buy the latest and greatest from Apple, you might have had a hard time finding the iPhone 14 Pro series in stores.
29-Nov-2022 06:58 AMRead Full News
Samsung S23 series to launch on the first week of February
Samsung Galaxy S23 series is reported to be launched in the first week of February 2023 although it was earlier thought to be launched in January.
28-Nov-2022 11:48 PMRead Full News
Xiaomi 13 series launch date confirmed!
Xiaomi has confirmed the launch date of the upcoming Xiaomi 13 series. The phones are set to be launched on December 1.
28-Nov-2022 06:53 AMRead Full News
OnePlus 11 colours leaked
In a new set of leaks, the colour options for the upcoming OnePlus 11 have been confirmed. Though these are not expected to be the only options available.
27-Nov-2022 11:43 PMRead Full News

Your Android phone will receive these new features