The thermometer feature is rumored to be absent from the Samsung Galaxy Watch 5. 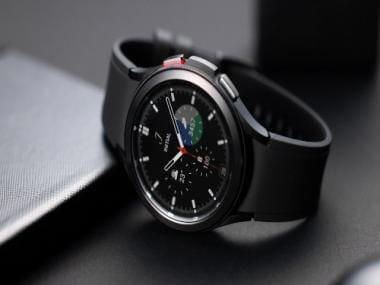 For quite some time, the Samsung Galaxy Watch 5 series has been the subject of rumors. A new beta version of the Samsung Health app has disclosed facts about the wearables ahead of the formal presentation. The recent news verifies the existence of the Galaxy Watch 5 series, as well as the lack of Classic branding. Despite prior rumors, it will almost certainly have a temperature sensor. Later this year, the new wristwatch series is scheduled to be launched with the foldable smartphone.

9to5Google discovered references to the Samsung Galaxy Watch 5 and Galaxy Watch 5 Pro in the newest Samsung Health beta (v6.22.0.069). The Classic model is missing from a screenshot published by the magazine showing a list of compatible smartwatches for the health tracking app. The Galaxy Watch 5 Pro, according to the rumor, would have a sportier appearance comparable to the Galaxy Watch 4.

Separately, the Samsung Health beta, according to a user complaint on Reddit, includes an option for "Skin temperature during sleep." This could be used to track a person's sleep cycle. Despite prior rumors that the Samsung Galaxy Watch 5 range would be devoid of sensors capable of measuring body temperature, this appears to be the case.

Ming-chi Kuo, a well-known analyst, has stated that Samsung may not be able to include a thermometer capability in its forthcoming wearables to detect skin temperature.

According to recent rumors, the rotating bezel, which is essential for managing apps and menus, would be removed from the next wearables. These circular and revolving bezels were featured on the Galaxy Watch 4 Classic versions.

Samsung has yet to reveal any information on the Samsung Galaxy Watch 5 series. It'll be introduced alongside the Galaxy Z Fold 4 and Galaxy Z Flip 4 in August or September.