Xiaomi is set to launch the 12T and 12T Pro next week, everything we know

The company hasn't revealed much about its upcoming Xiaomi 12T series of smartphones, but the devices have been exposed to several leaks. Recently, renders of the Xiaomi 12T and 12T were leaked online, revealing the design and some important specifications have been revealed.

Judging by the renderings, the designs of the Xiaomi 12T and 12 are quite similar. The biggest change is probably on the hardware side. As far as rumours and leaks go, the Xiaomi 12T will feature a 108MP triple rear camera system consisting of an 8MP ultra-wide camera and a 2MP macro camera. Some of the other features of the upcoming Xiaomi 12T are a 6.7-inch OLED display with support for 120Hz refresh rate and HDR10+. The phone is said to be powered by the Dimensity 8100 SoC.

Well, the Pro model has also been exposed to some leaks and rumours lately. The Xiaomi 12T Pro is powered by a Qualcomm Snapdragon 8+ Gen 1 SoC, featuring 1220 x 2712 pixels and a 120 Hz refresh rate in a 6.67-inch display. It is rumoured to have an AMOLED screen. Samsung’s 200 MP HP1 primary rear camera is supported by an 8-megapixel ultra-wide-angle lens with a 2-megapixel macro lens.

In the same event Xiaomi will also introduce the Redmi Pad. Redmi Pad is touted as "the best choice for entertainment, gaming, e-learning and browsing". An image shared by the Chinese brand reveals that the Redmi Pad will be available in green and will have an 8-megapixel camera on the back. The image shows that a gray-colored model also exists. 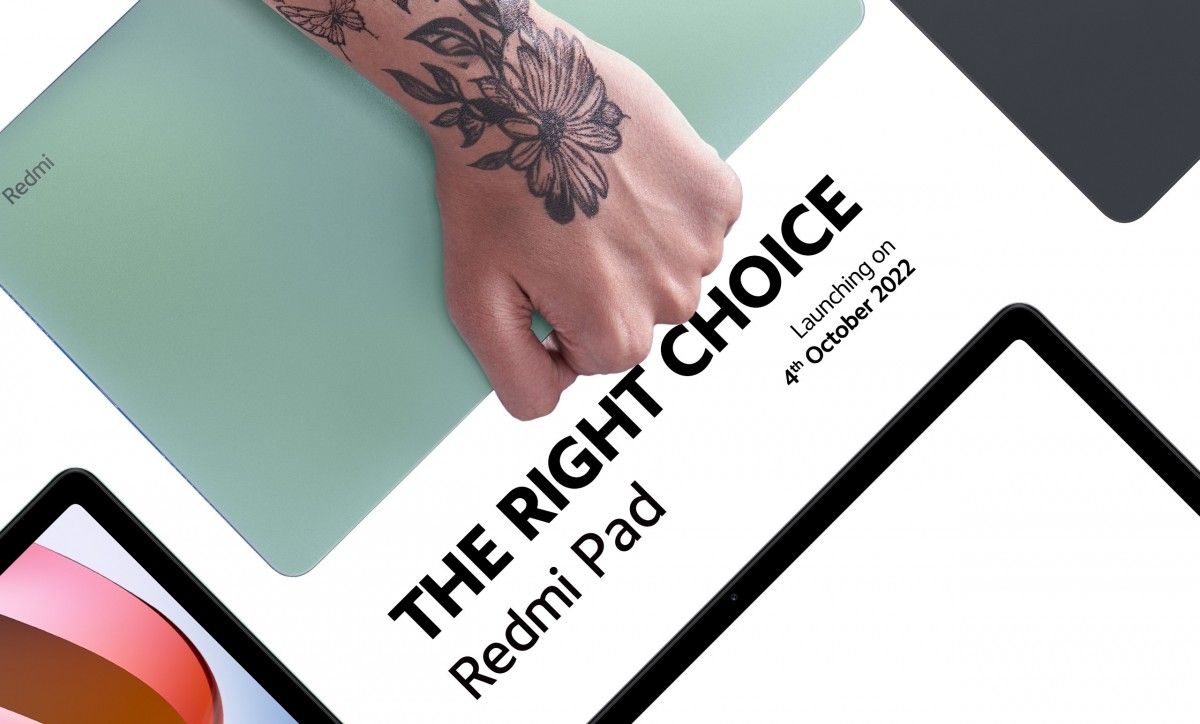 Xiaomi is yet to reveal the specifications of the Redmi Pad, but previous leaks suggest the tablet will come with his Helio G99 SoC, MIUI based on Android 12, up to 4GB of RAM and up to 128GB of storage.