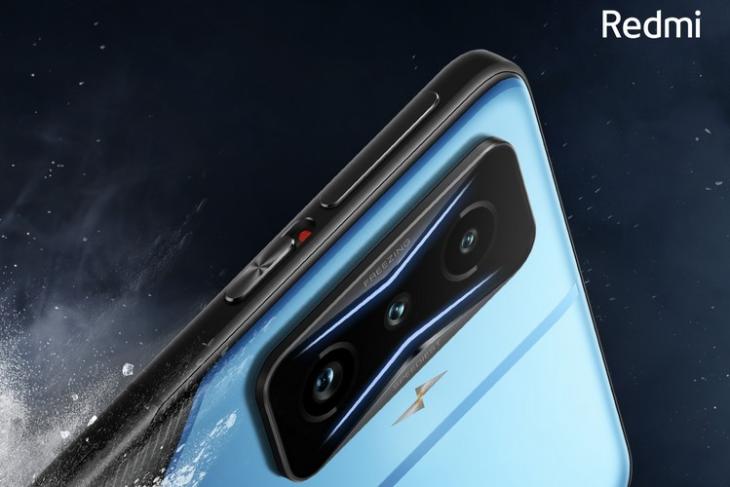 Xiaomi is a sub-brand of worldwide famous brand Redmi. The company today publicly announced that the Xiaomi Redmi K50 Gaming Edition will be unveiled on February 16. The event is soon sighted and the event will take place in China which will begin at 7PM at local time of the county.

The company also shared a few posters on Weibo for the general audience. One of the posters. One of the shared pictures also reveals the design of the Redmi K50 Gaming Edition. It can be clearly seen through the images the smartphone has retained the shoulder triggers. The model also has a lightning bolt-shaped flash module next to the three cameras at the back of the phone, with the island having the words "Freezing" and "Speediest" written on both the left and right sides of the smartphone, respectively. 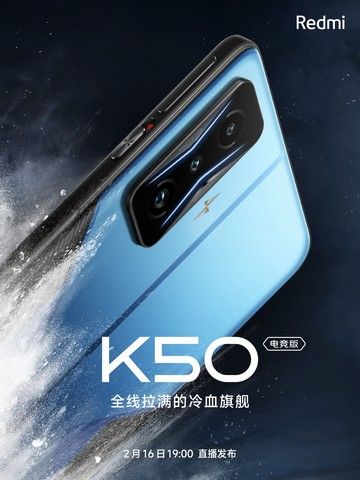 Redmi is glorifying the K50 Gaming Edition as a "cold-blooded flagship" (when machine translated into English from Chinese) but hasn't disclosed much about it. The company also has not yet confirmed whether it will unveil the Redmi K50, Redmi K50 Pro, and Redmi K50 Pro+ on February 16 or not. But we can still assume that the company will release more than one Redmi K50 series smartphone that will go official next Wednesday.

The event is still a week away and is expected of Redmi to likely share more teasers in the coming days through various means. So that the company can build some hype around the Redmi K50 series and support it in the market in upcoming days. Whereas Xiaomi Redmi K50 is expected to have Snapdragon 8 Gen 1 with 6 GB RAM and would come in with 128GB storage capacity. WE can assume that the smartphone will also include a USB Type-C Port for fast charging with a battery of 5000mAh. the expected Xiaomi Redmi K50 Pro price in India is around Rs. 28,000. 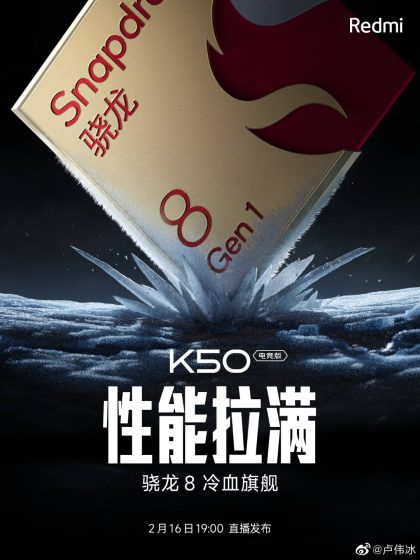