Samsung Galaxy M53 5G review: Is it worth buying it?

Here's our comprehensive evaluation of the Samsung Galaxy M53 5G, in which we determine if you should pay Rs 26,499 for this phone.

Everyone has an opinion about smartphones and their pricing. Why would someone pay Rs 30,000 for phones from the X brand, you get the idea. Samsung is a company that is frequently accused of 'overpricing' its phones. However, this 'higher pricing' is happening across the board in India's smartphone market. In reality, according to the latest study from data firm IDC, low-end device supplies are constrained, and rising inflation is driving to higher device pricing. 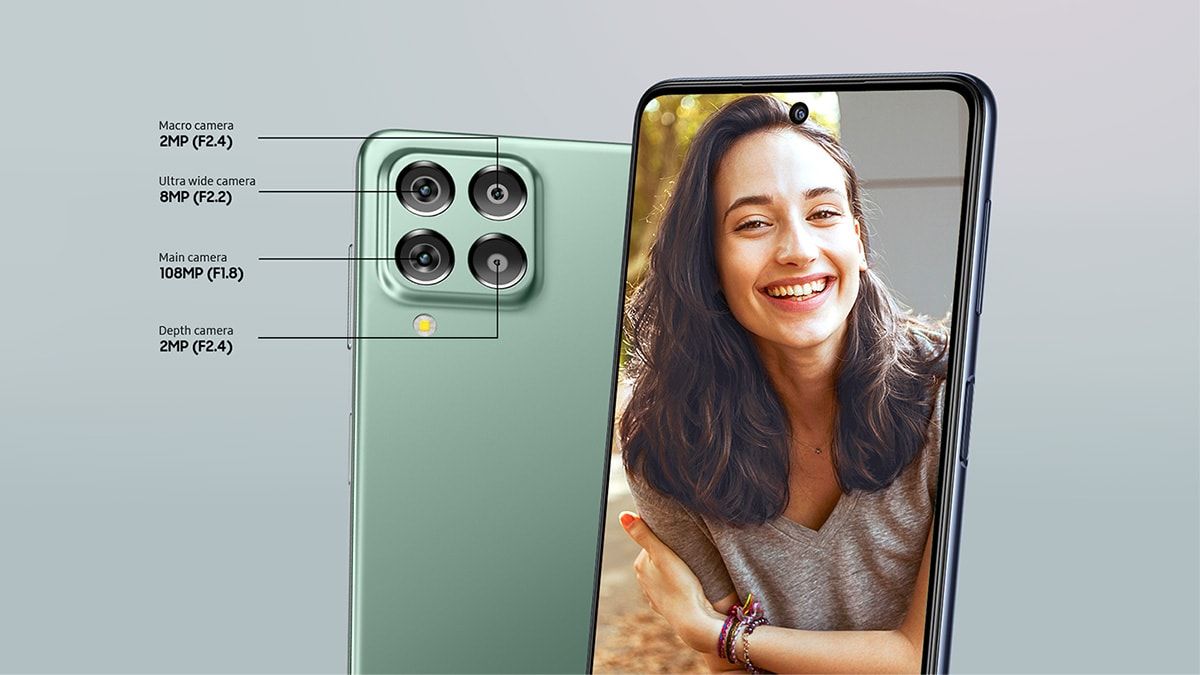 So, how does the Galaxy M53 5G fit into all of this? This is a phone that costs Rs 26,499 and is geared at a user who is willing to spend a premium for a good camera, display, and performance. The Galaxy M53 has all the necessary specs on paper, including a 108MP camera, MediaTek's Dimensity 900 processor, and a 120Hz display. Is this, however, enough to warrant the price? Let’s have a look.

At first glance, the Samsung Galaxy M53 appeals to me because of its small appearance. Yes, this is a tall phone (6.7 inches), which may be off-putting to certain users, but it is not cumbersome. However, the phone's design is uninspiring and uninteresting.

The back of the polycarbonate case has a glossy texture. Because this device is a little slippery, it requires a cover. There's no headphone jack here, and the camera island is now square rather than rectangular, as it was on the M52 5G last year.

At the very last, the Galaxy M53 ccapitalizes on Samsung's display capabilities. It sports a 6.7-inch full HD+ AMOLED display, which should satisfy the majority of users. It is legible in strong sunshine, and you will be pleased if you use it to watch episodes on Netflix or Amazon Prime Video. On this large screen, even games like Genshin Impact and Alto's Odyssey look fantastic.

The display has a 120 Hz refresh rate by default, but you can change it to 60 Hz. There is no support for dynamic refresh rates here. The audio profile, on the other hand, is unimpressive. At this price point, one would expect more in terms of audio.

Performance and battery life of the Samsung Galaxy M53 5G

The phone is powered by a MediaTek Dimensity 900 chipset that supports 5G. There are 6GB and 8GB RAM options, as well as 128GB of storage. For this review, I have considered 6GB RAM variant. It gets warm when you play a game like Genshin Impact for a long period, but it handles everything else quite fine, whether it's gaming or everyday duties. I observed a latency on a few occasions, especially when taking images in Night mode. Even so, any significant reduction in performance at this pricing point would be unacceptable.

The phone is powered by One UI 4.0, which is based on Android 12. Samsung continues to pre-load a slew of useless apps like Bjyus, MX TakaTak, and others, which is as obnoxious as ever. However, it is not the only one who has done so. 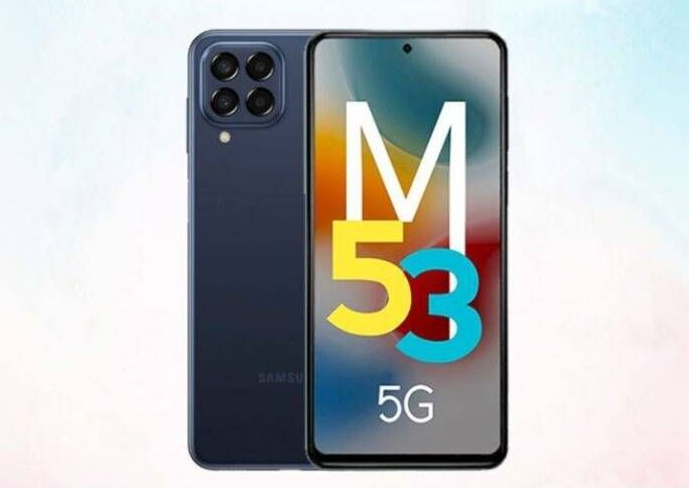 The Galaxy M53 5G has a 5000mAh battery that should last a day even when used heavily. Although it supports 25W fast charging, there is no charger included in the box. It almost takes about 2 hours to reach 100%. The smartphone has a large 5,000mAh non-removable Li-Po battery, which may appeal to power users. Furthermore, the phone comes with 25W fast charging capabilities out of the box. It does not, however, include a reverse charging feature, which may surprise some consumers.

Samsung has increased the camera's resolution to 108MP, up from 64MP in the M52 last year. When utilised outside, the primary camera produces sharp, detailed images. The colours are a little more saturated than usual, but the details are well kept. When taken in a well-lit location, the images are often appealing.

The Night mode on the Galaxy M53 did not perform well. When you will try to shoot a picture in a low-light, slightly hard location, it took a few pictures for the camera to get the focus properly. The skin tone in photographs of persons shot indoors is also off. Even when I switched off the beauty setting, the camera was softening the details too much in selfies.

For storing demanding programs and games, the Samsung Galaxy M53 5G has 128GB of internal storage. It also features a micro SD card slot for storing additional files. When compared to other smartphones on the market, the phone lacks UFS storage, which may have an impact on performance.

It has 4G, 5G (in select regions), VoLTE with dual standby, Wi-Fi, Bluetooth 5.2, a USB Type-C port, and a 3.5mm audio jack for connectivity. The phone has GPS with A-GPS, GLONASS, Galileo, and BDS for online position tracking. You cannot use dual SIM and a memory card at the same time; you must pick one. You can only use one SIM card if you insert a memory card.

The Galaxy M53 5G delivers on most of its promises. The camera, the display, and the performance are all satisfactory. However, given the low cost of operation, nothing here really sticks out. The competition includes cameras with identical features, and many of them perform better and cost less than the Galaxy M53.

This isn't to suggest that the Galaxy M53's camera is bad; rather, as a reviewer, you're still seeking that one distinguishing feature. Samsung is up against the Xiaomi 11i Hypercharge, which features 120W fast charging, and the V23 series, which has a more stylish appearance, to mention a few competitors at this price bracket (Rs 25,000 to Rs 30,000). The Galaxy A53 5G, which costs Rs 32,999, may appear to be a superior choice due to its appearance and overall experience. The Galaxy M53 5G's dilemma is that the competition appears to be more tempting.

Is the Samsung Galaxy M53 5G worth your money? The Samsung Galaxy M53 5G comes with enticing features. It has a 108-megapixel camera, a 6.7-inch super AMOLED display, a MediaTek Dimensity 900 processor, and a 5,000-mAh battery, all of which fit into a 7.4-mm body. With its lucrative specifications in every field, the smartphone tries to please everyone.