Apple recently revealed the next iterations of its most popular laptops, the MacBook Air and the MacBook Pro 13 during the WWDC22. Both the new MacBook are powered by the all new M2 Apple Silicon, the generational update to the revolutionary M1 SOC. 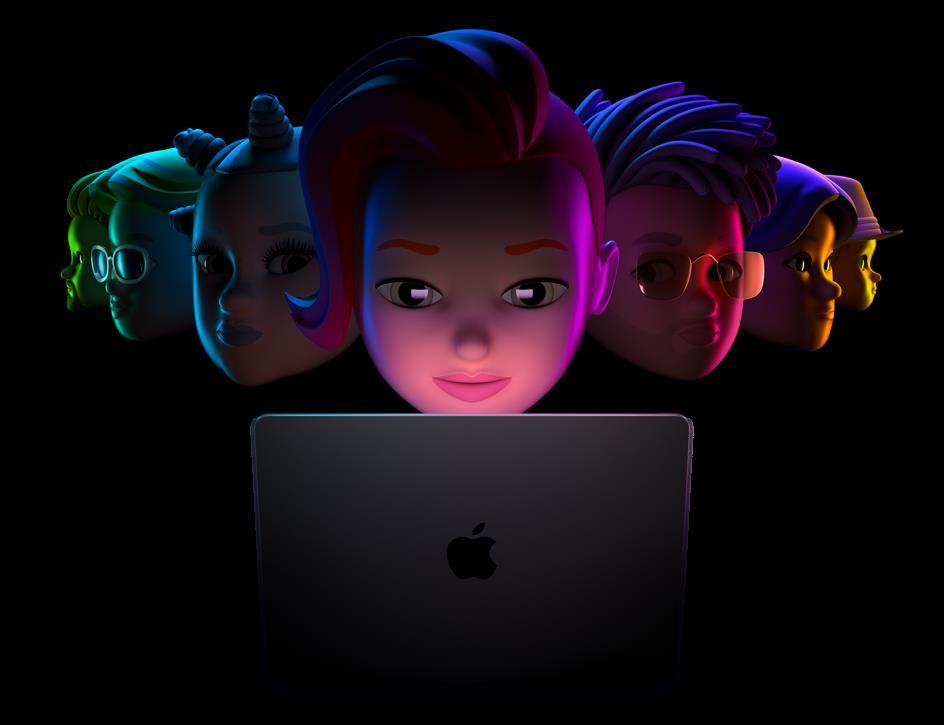 The all new MacBook Air(2022) looks completely different from its predecessor, gone is the iconic wedge shaped design and in comes all aluminum slab inspired by the MacBook Pro 14 and 16, the new design results in about 20% reduction in volume and 0.05 kg reduction in weight. The new Air gets two new colors Starlight and Midnight along with Silver and Space Gray. 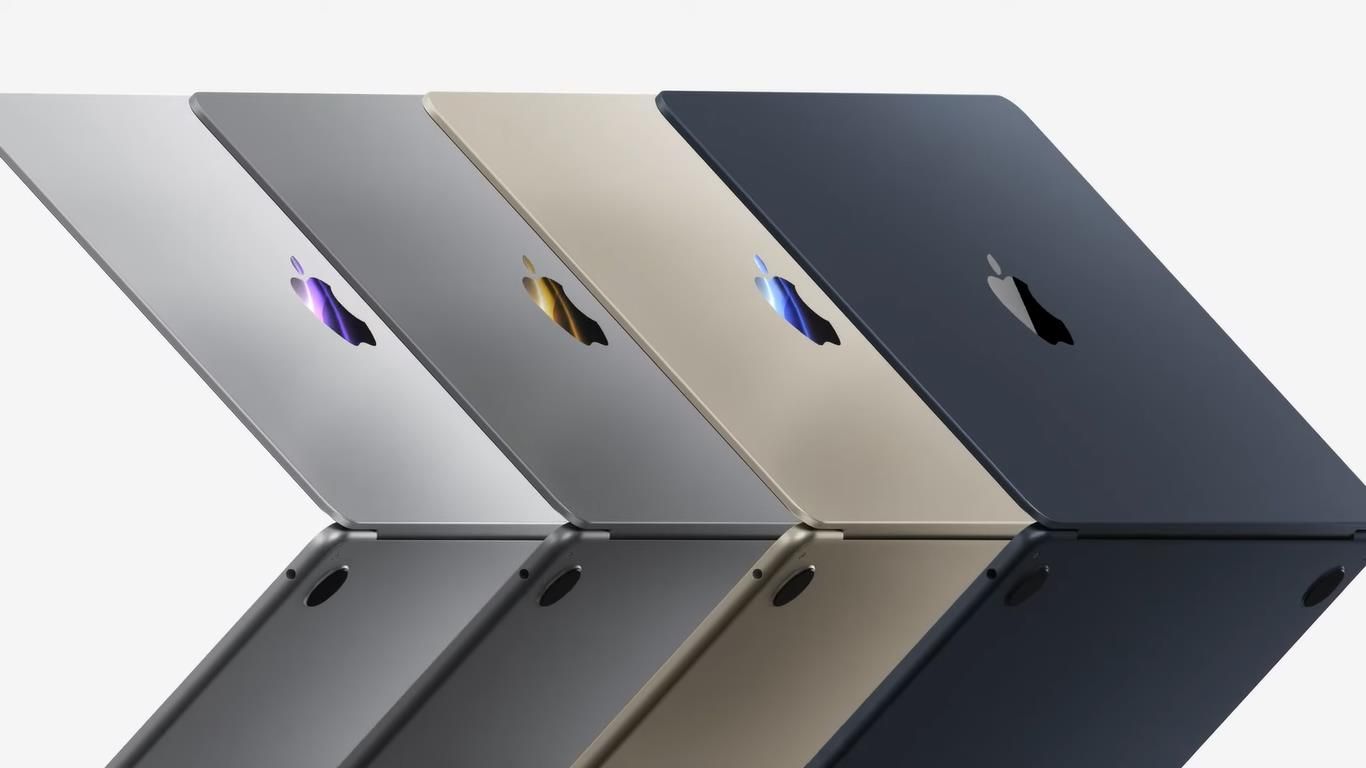 The redesign allows Apple to increase the screen size from 13” to 13.6” with a notch similar to its bigger brothers the 14” and the 16” MacBook Pros. The liquid retina display is 25% brighter than its predecessor. The notch in the displays makes way for an improved 1080p camera which according to Apple is 2x better in low light conditions. The upgrade comes with a 4 speaker system which supports spatial stereo. 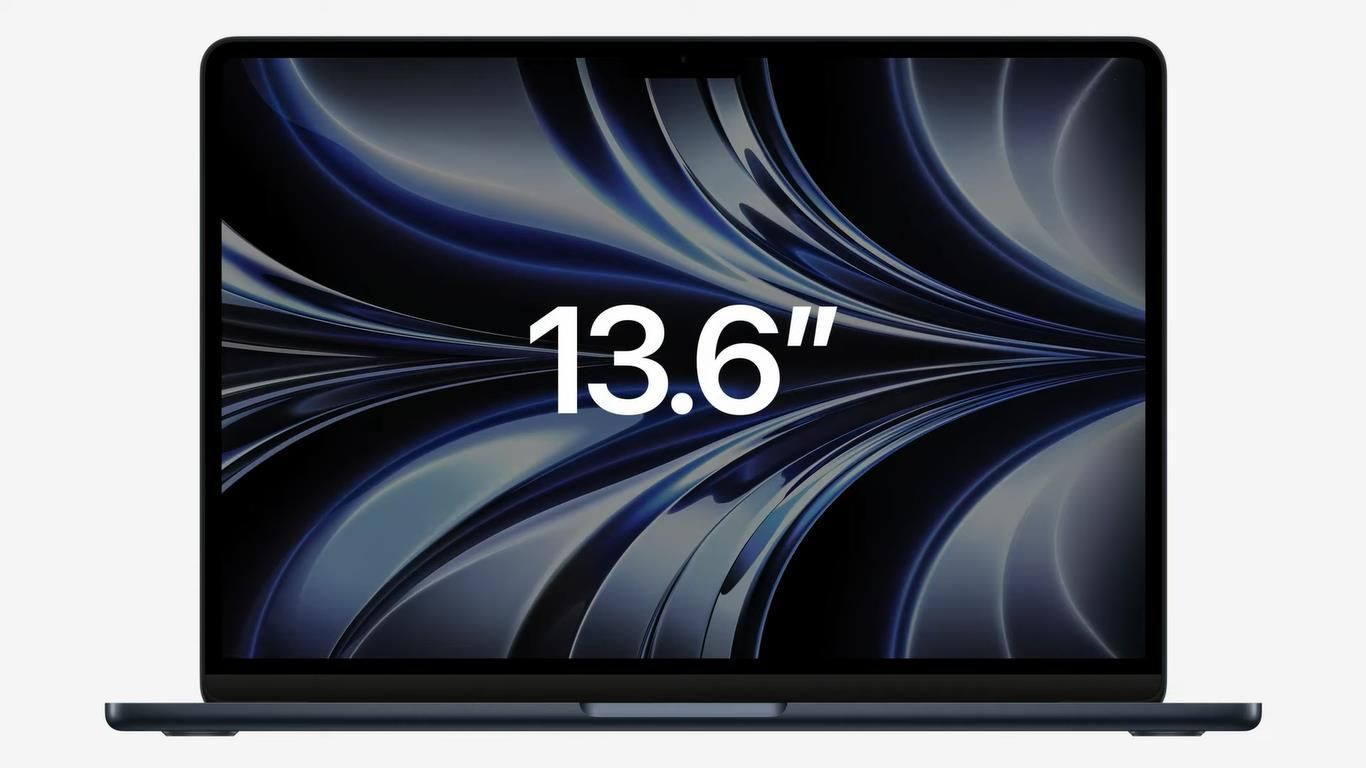 Apple continues to bring its huge trackpad, the same excellent keyboard design as the previous MacBook with a full-size key for the function row and touch ID.

The new MacBook is powered by the newly announced M2 chipset which is built on what Apple calls the second generation 5nm process. With the help of more powerful performance cores and more efficient efficiency cores the CPU performance of M2 is upto 18% faster than M1 and with two additional GPU cores along with higher unified memory bandwidth the graphic performance is increased by 35%. 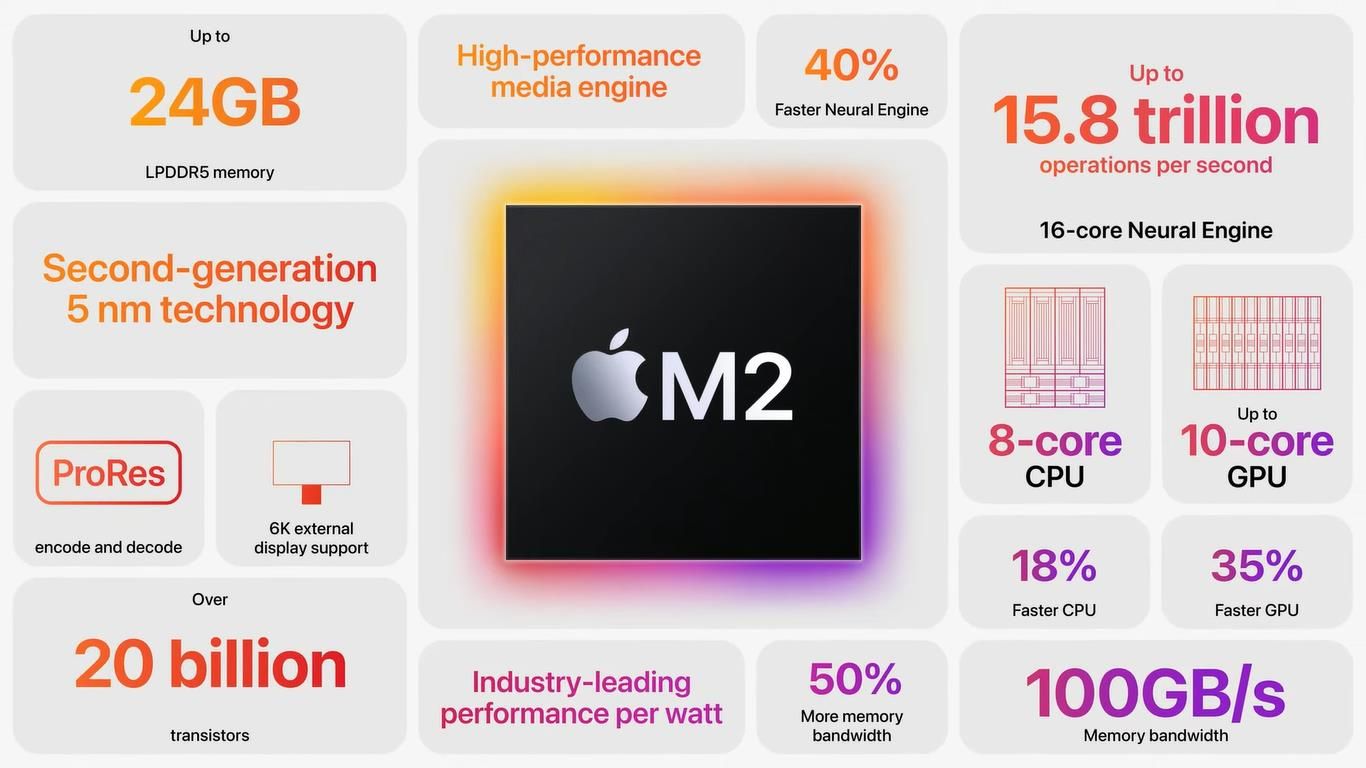 M2 also brings improvements with its media engine, ProRes encoder and decoder, and 40% faster Neural Engine. The new Air is upto 1.4x faster compared to M1 and upto 15x faster than the Air with intel chips (in video editing performance) 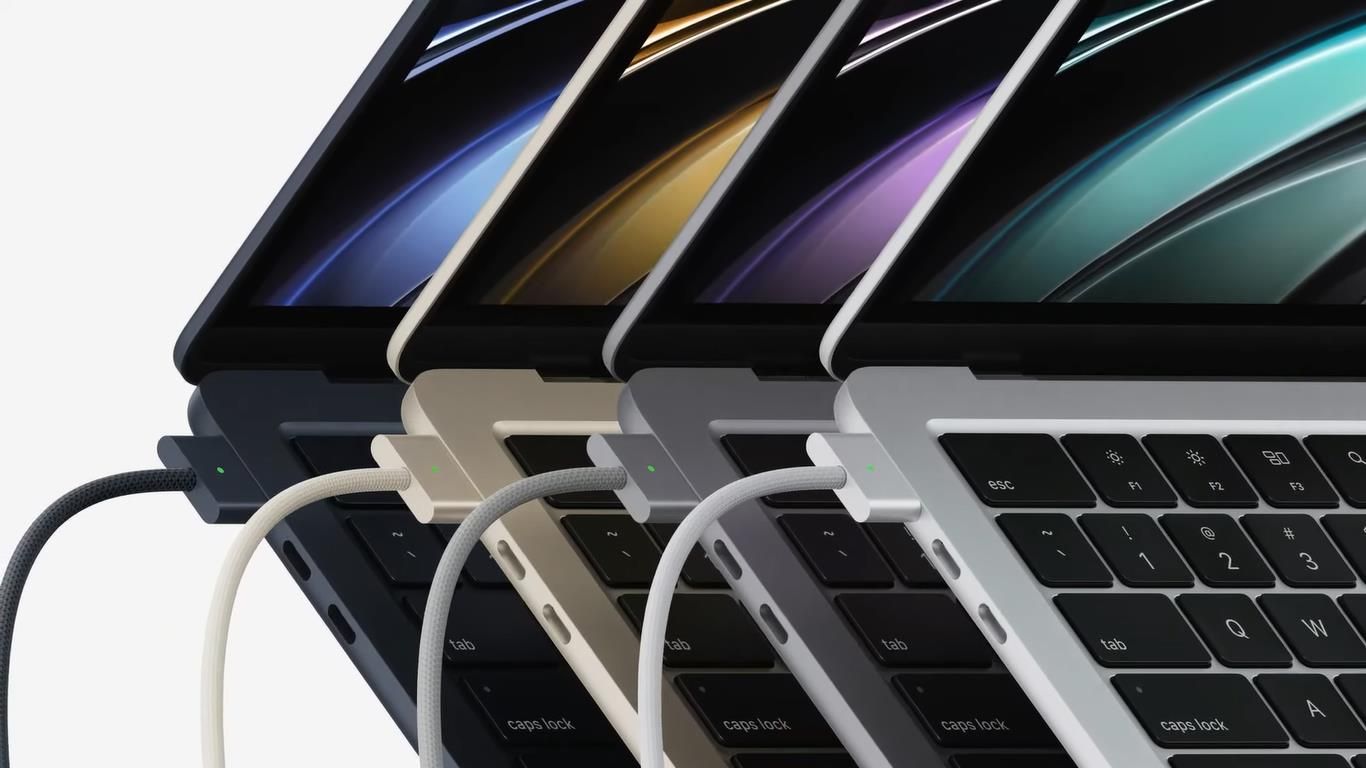 Magsafe charging is back after being absent for 4 years and it supports fast charging with the help of 67W charger (sold for Rs.2,000), other ports include two Thunderbolt 3/ USB 4 ports on the left. The right side is occupied by a single 3.5 mm audio jack which supports high-impedance headphones. The new Air promises the same whole day battery life (18 hrs video playback) 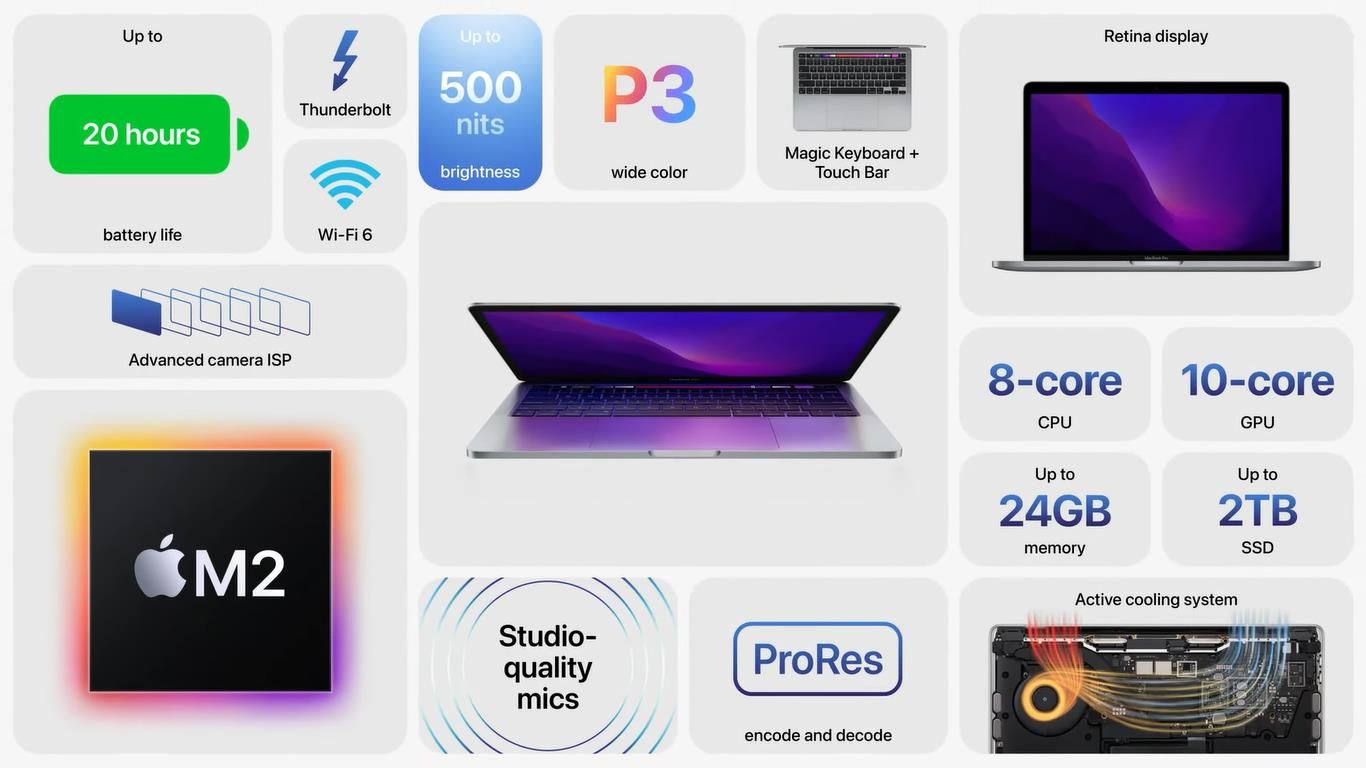 Being powered by the same M2 chip as the new Air, 13” MacBook Pro has the same advantages in performance over its M1 counterpart and even more sustained performance than the Air because of active cooling used. 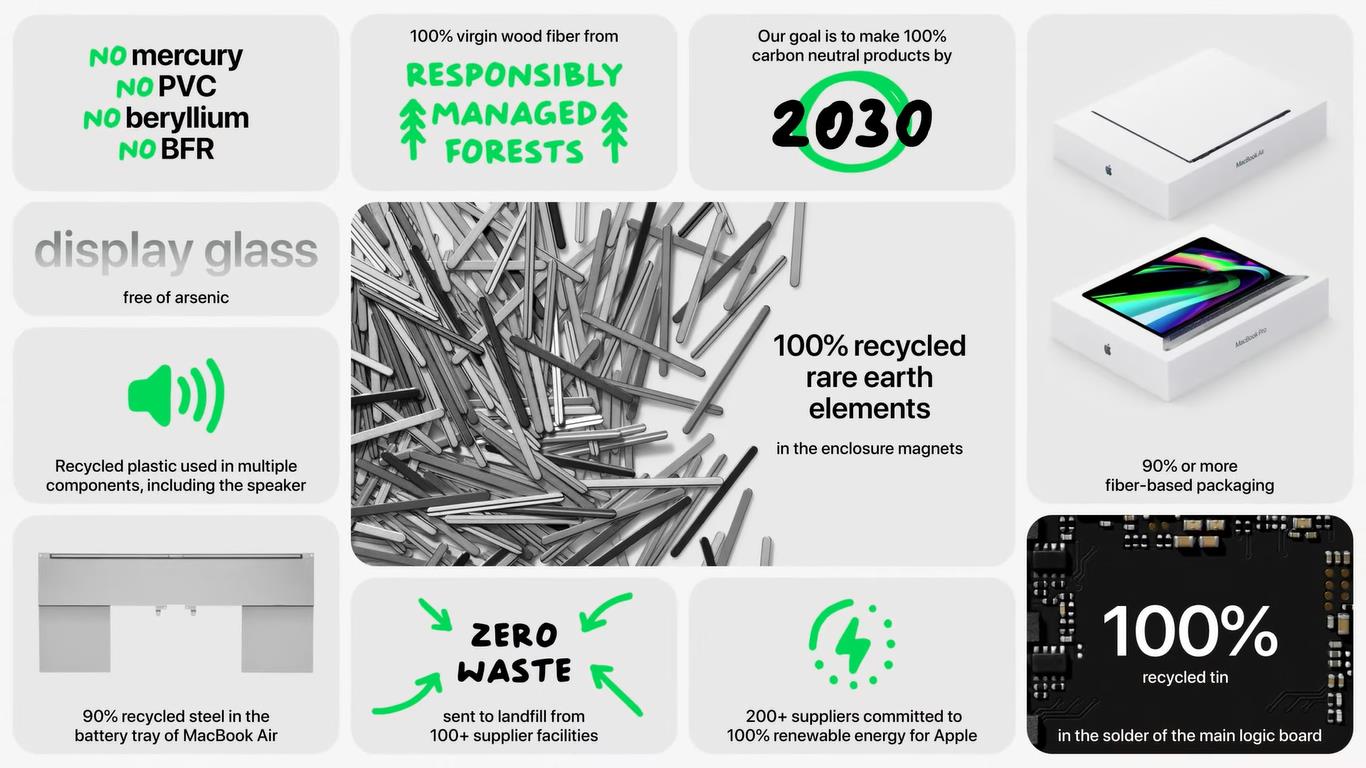 Both the new MacBook are made with environmental goals in mind. Both are made from 100% recycled aluminum