Samsung Galaxy S23 series to be thicker than predecessor?

Ice Universe previously stated that the Samsung Galaxy S23 Ultra's design will essentially not change and that the differences in size would just be millimeter-sized. More specific information, including the screen size, resolution, and dimensions for the complete S23 series, has now been revealed by the leaker.

In short, all three versions will have slightly larger heights and widths while maintaining the same display diagonal and resolution. Although the weight has not been specified, it should largely be the same as on this year's S-series.

The additional height and width of the phone with the same screen size will result in larger bezels. For the vanilla Samsung Galaxy S23 5G, the bezels will be thicker by 0.15mm on all four corners compared to the Samsung galaxy S22. 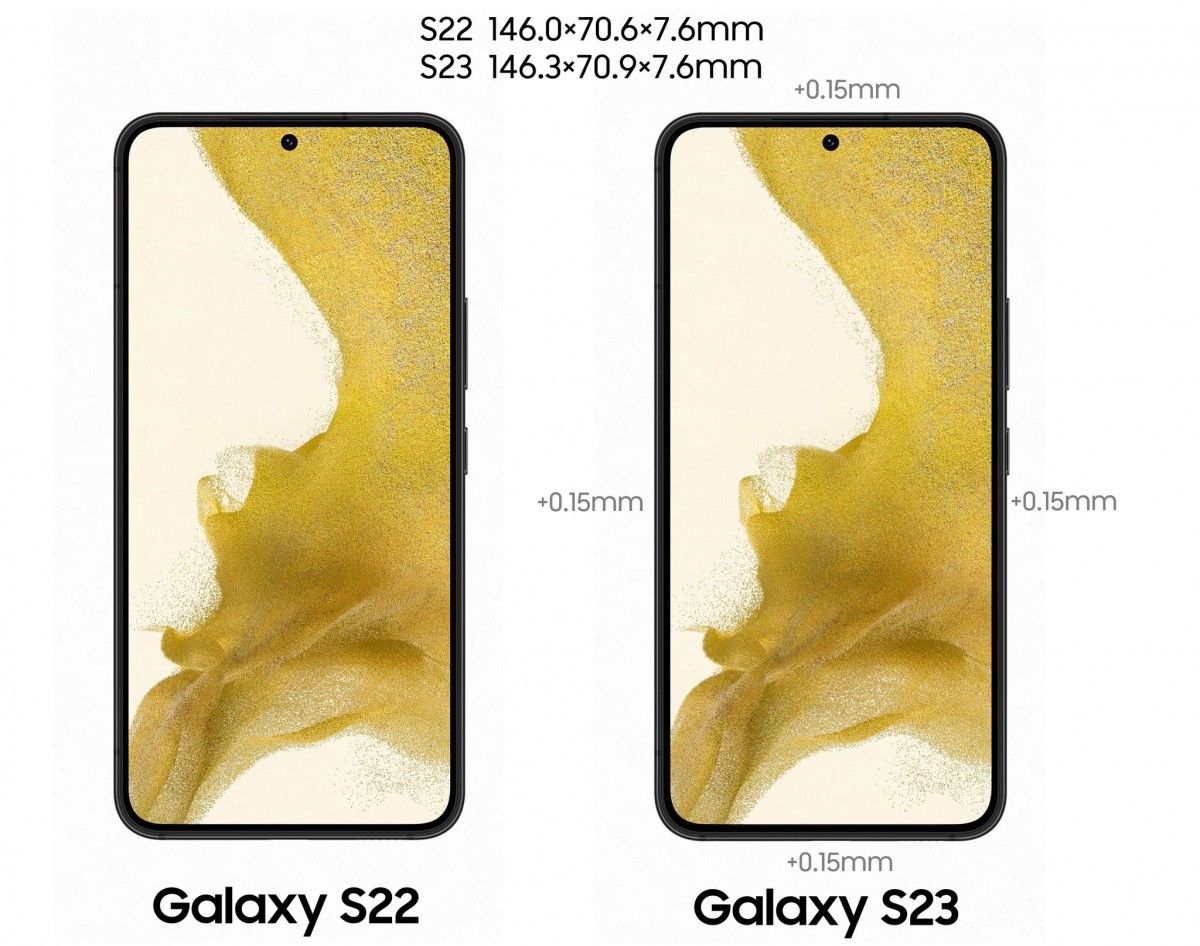 The Galaxy S23+ is 0.4mm taller and 0.2mm wider than its predecessor; hence, the bezels must be an additional 0.2mm thick (the display will remain 6.6" in size).

The Galaxy S23 Ultra could be in line for the same fate because it is slightly bigger than its predecessor (+0.1mm height, +0.2mm width).

Ice's claim makes it doubtful that the Galaxy S23 and S23+ displays would finally return to QHD+ resolution (like they did in the Samsung Galaxy S20 generation). At the very least, will they transition to LTPO panels? That much is still unknown to us. With regard to specifications, the Galaxy S23 Ultra is said to have a new 200MP camera, a new, larger FP reader, the same 5,000mAh battery capacity (though with a modified 45W charger to fill it up faster), and the same 10x periscope. The rumours assert that, and they assert the same thing regarding the S23 and S23+ tele cameras.

One significant change for the S23 generation is that it will only employ Snapdragon chipsets. Analysts have been predicting this move for some time, and Qualcomm itself has made strong inferences to it. To read more about it click here.

When will Samsung launch the Galaxy S23 Series?

Though there is still a few months before the release of the S23 series, Samsung has not disclosed any information about the phone. It is safe to assume the next generation of Samsung Flagship phones will be launching in February 2023.