With Android 13 on the horizon, Samsung fans have been eagerly waiting to have a hands-on experience of the next iteration of the One UI. At Comparos we installed the beta software and here are some changes we encounter during our short time of using the software. One UI 5 is the name of Samsung's following big Android-based software based on Google's Android 13 version. 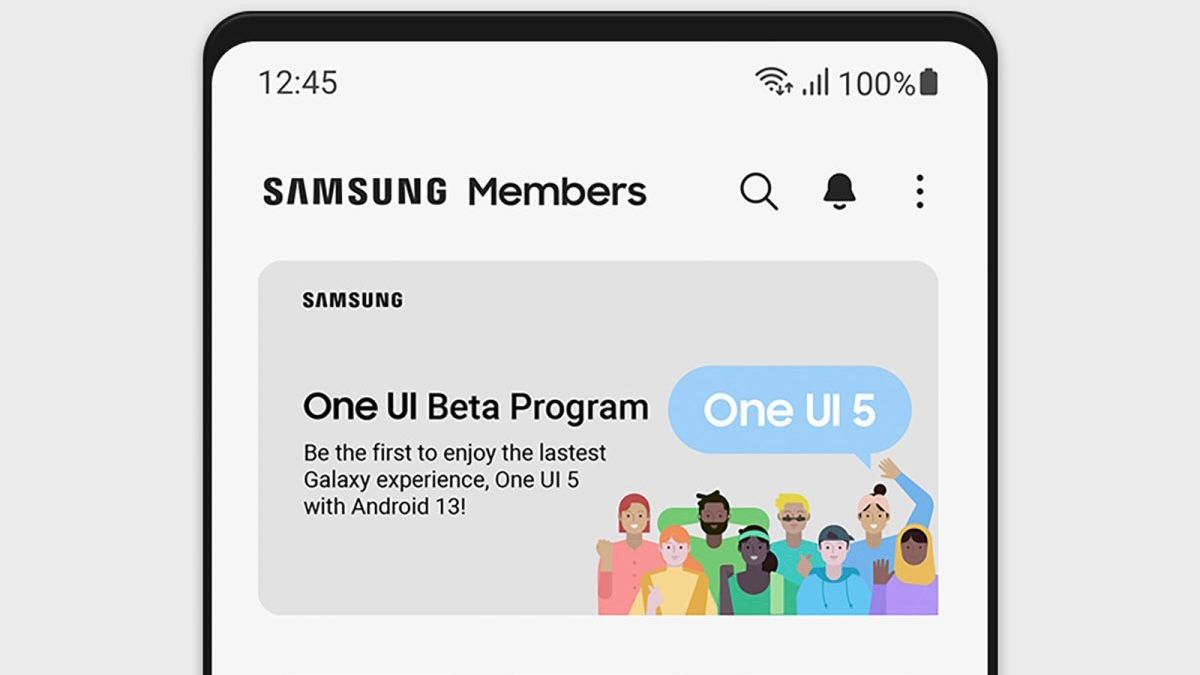 Samsung has launched the One UI public beta program starting with the Galaxy S22, Galaxy S22 Plus and Galaxy S22 Ultra. The current open beta is currently available for download in Germany and South Korea and will be available in the US at a later date. 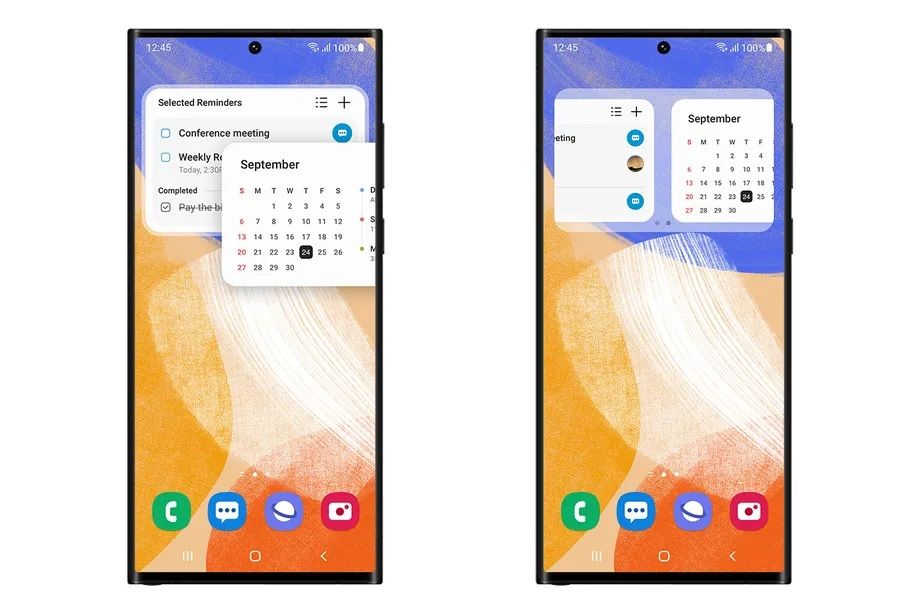 First and foremost, Samsung added the ability to stack widgets on the home screen with the default launcher similar to the Smart stack feature in Apple iOS. To do this, long press on the desired widget and tap the "Add Widget" pop-up. Then you can choose and add from all the usual widgets on your phone. The two new gestures will improve the overall gesture navigation for multitasking and you can choose from the two gestures depending on your requirement at the time. 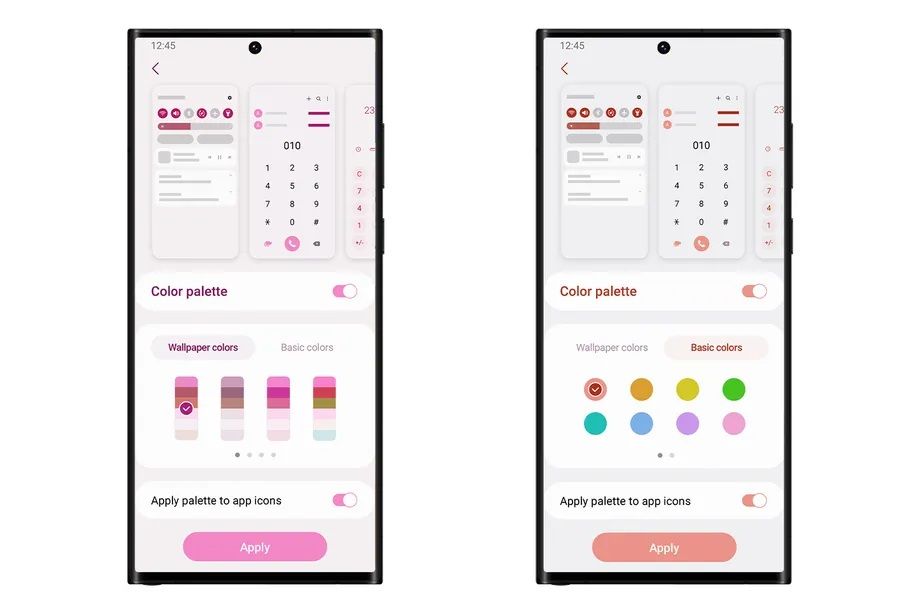 One UI 5 redesigns the permission request dialogue that most apps display. Now more in line with the rest of Android 13's design, coloured boxes are used for the allow and disallow buttons instead of floating between two different boxed options with no discernible barrier. This makes it more accessible as there is a contrast between both buttons. 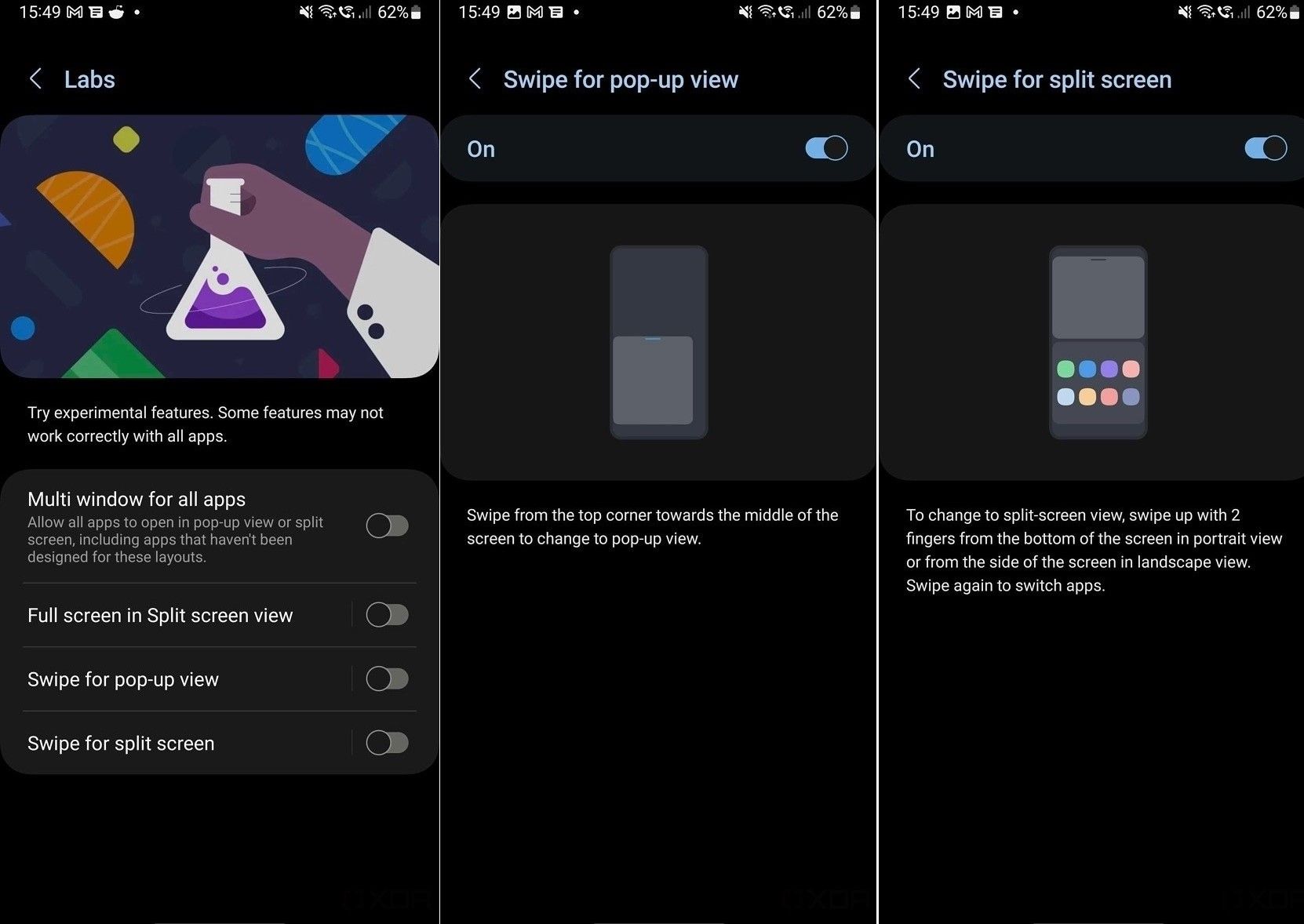 Samsung has introduced two new distinct gestures to help with multitasking. First, the swipe from the top corner will open the current app in the popup view and second, to open the split screen view swipe from the bottom with two fingers. This makes multitasking between apps faster and easier when needed. And you can choose between the two, depending on what makes the most sense at the time.

With the first open beta, Samsung brings a much-improved user experience. It is clearly buggy, but I've never run into any new issues with my device. While it doesn't look like a big update on the surface, the new features introduced with One UI bring many quality of life changes to the Samsung 5G mobiles. You can sign up through the Samsung Members app if you want to try out the beta version. However, as with the beta, it goes without saying that you should treat your data with caution and back it up beforehand. There might be many bugs in the build that will slowly be fixed with future iterations. Bugs can be devastating. You can take risks if you want, but it is not recommended to install the beta software on your daily driver.