Dell XPS 13 Plus is one of the best laptop money can buy. The XPS lineup was already among the best Windows laptops available in the market but that hasn’t stopped Dell from experimenting with it. Lets see if Dell’s new take for the XPS series has paid off or not. 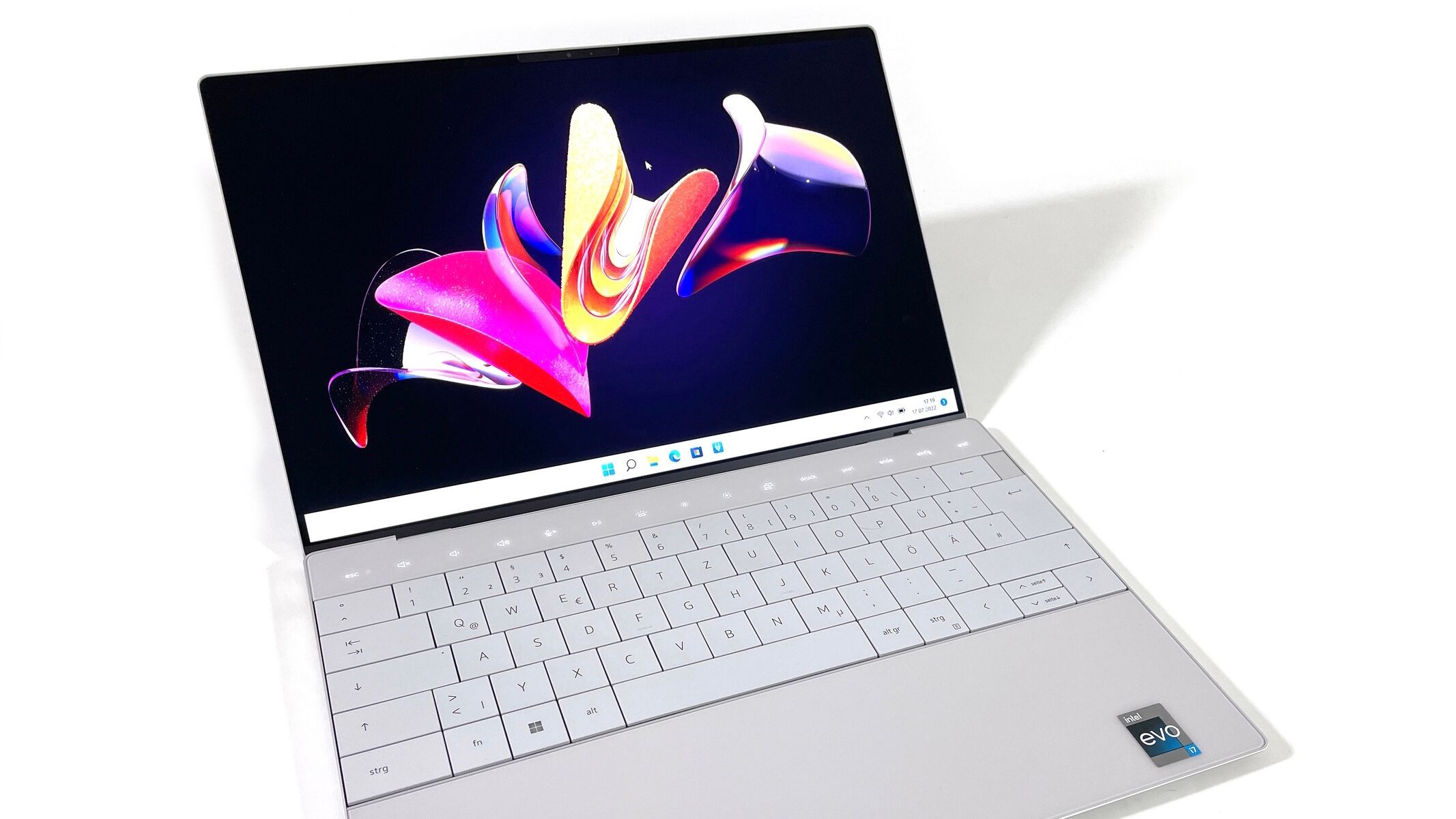 The new Dell XPS 13 Plus is like no other laptop. The updated design might be polarizing when it comes to the functionality but none can deny the sheer charisma of the laptop. The XPS 12 Plus comes with an immersive InfinityEdge display and a high-quality metal build. 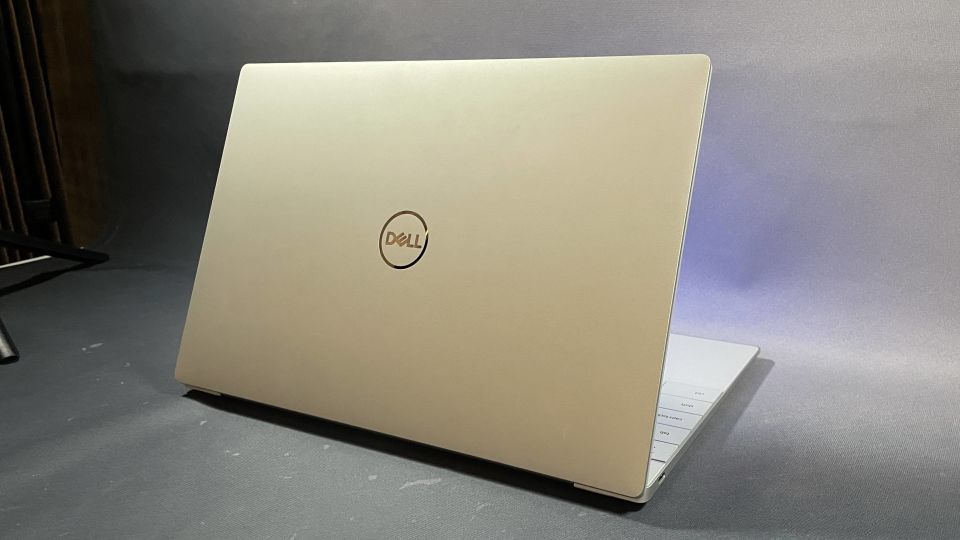 The borderless haptic touchpad gives it the appearance of being a laptop from the future. There are no visible lines separating the touchpad instead there is a seamless glass palm rest. Additionally, the top of the keyboard has light-up buttons instead of capacitive function keys that can switch between the usual Function keys or media keys. The keyboard itself has been changed. With bigger keys and no more room between them, it spans from one edge of the laptop to the other. There is white backlight for the keys. Although I have to admit that I kind of like it, it is something to be aware of. The keyboard has a strange accuracy to it, perhaps because the keys are so large and go edge to edge. The power button also doubles as a fingerprint reader. 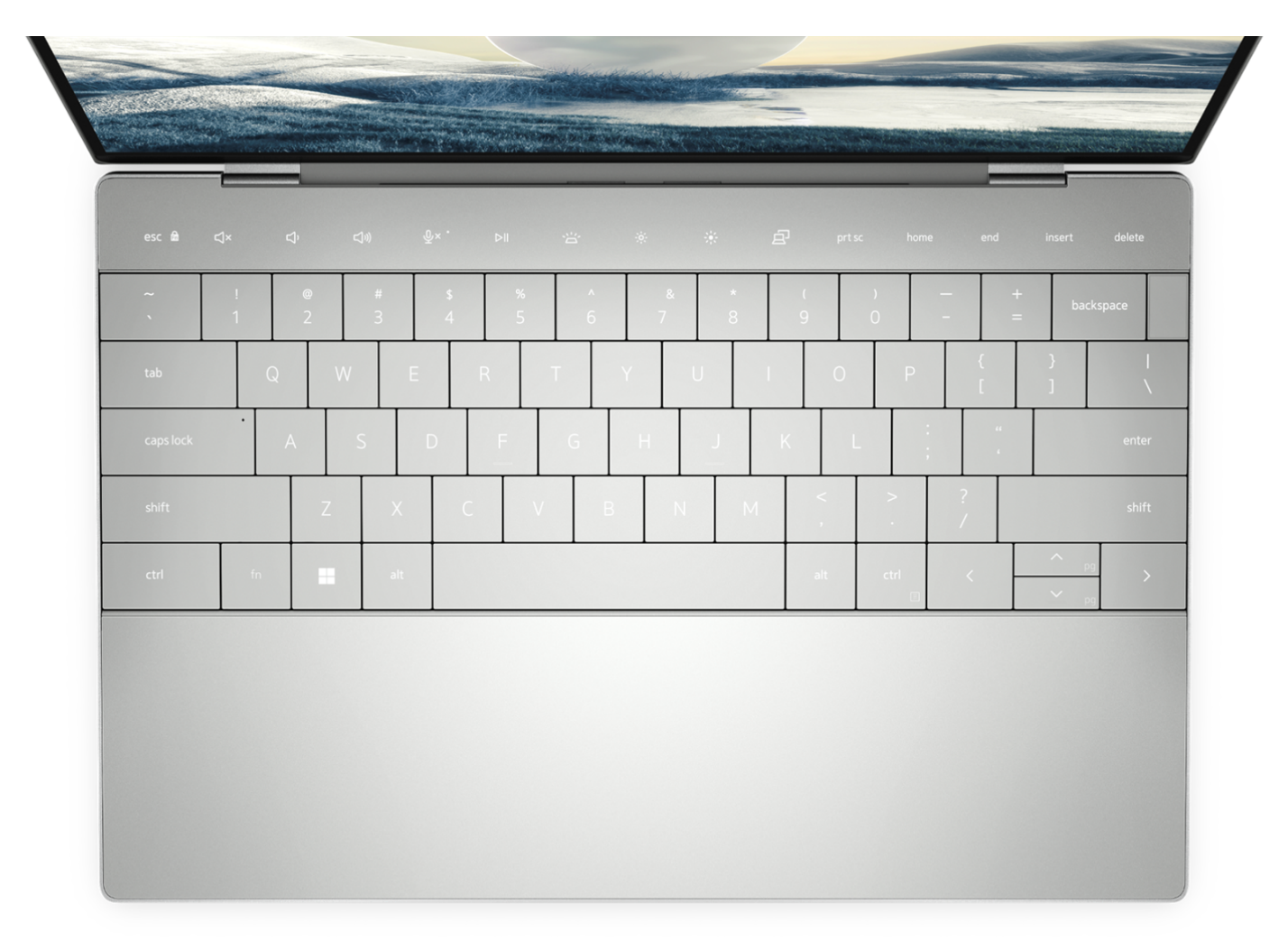 In the end, the Dell XPS 13 Plus's outside appearance isn't all that different from XPS 13 notebooks from earlier generations. The Platinum model is a case in point. The Graphite model has that colour on the lid, which hasn't before been seen on an XPS notebook.

When talking about the size and weight, Dell XPS 13 Plus is comparable to its rivals like the MacBook Air, Microsoft Surface Laptop 4 and others.

With the InfinityEdge display, Dell has managed to squeeze a large 13.4 inch display in such a small form factor. Unlike other thin and light laptops that have a chin at the bottom of the screen, Dell XPS 13 Plus has extremely slim bezels in all four corners. 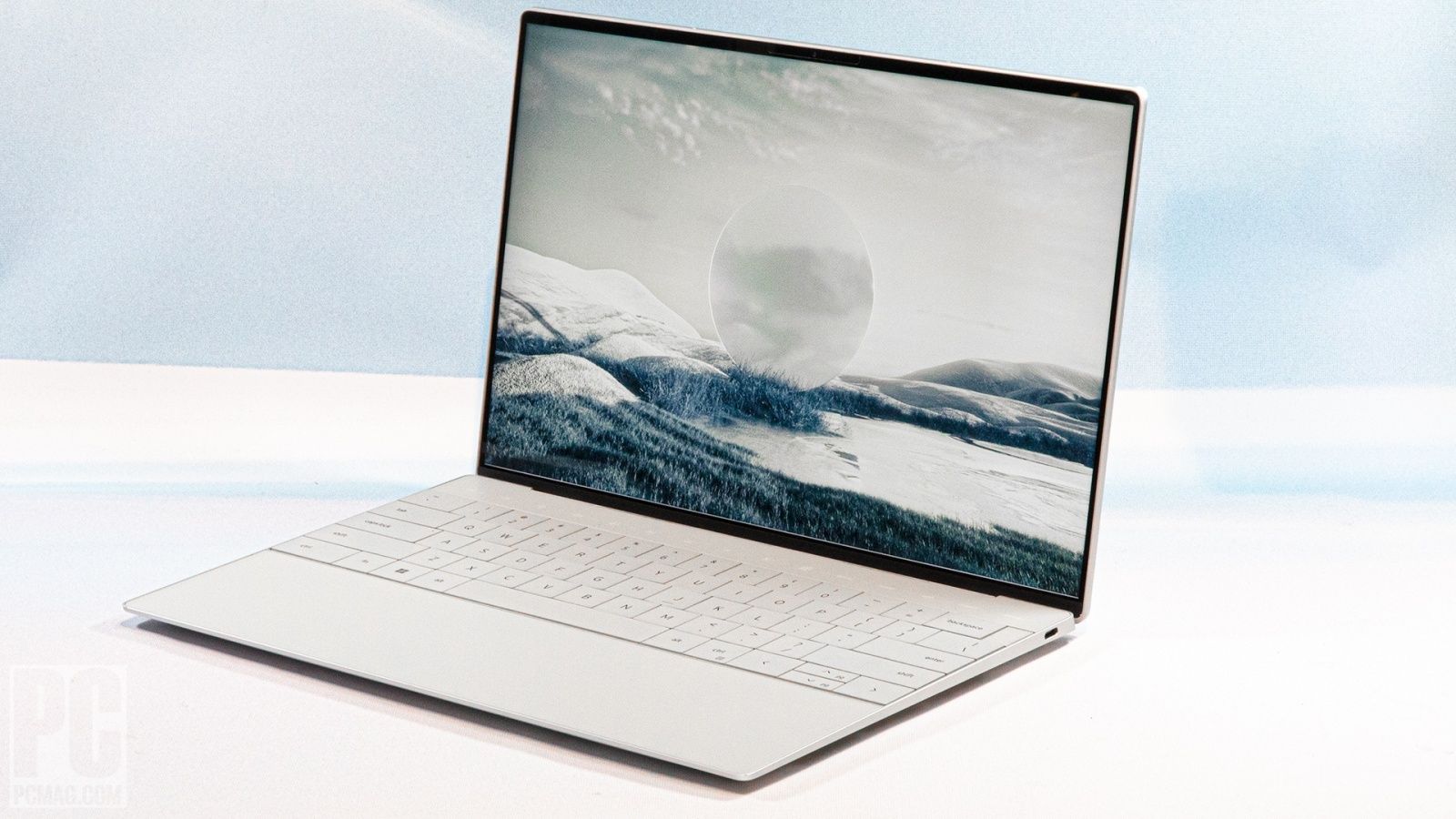 Dell XPS 13 Plus is offered in multiple display choices around the world including an 4K OLED screen. Sadly the OLED display is not available in India as of writing this review, rather you get a UHD+ LCD display with touch support. The InfinityEdge display can reach 500 nits of maximum brightness and has a Anti-Reflect coating to reduce the reflections on the screen. Though any LCD panel can not match the OLED when it comes to the contrast but XPS’s LCD panel has excellent contrast and colour reproduction.

The touchscreen on the XPS is fast and responsive due to which performing various multi touch actions were a breeze. It should be noted that the screen easily gets smudged and needs to be cleaned regularly.

The thin and light design might deceive many people into thinking that the Dell XPS has to skim on performance for that sleek design, but due to advancements in the processors the thin laptop provides a pro level of performance. The 12th Gen Intel i7-1260P powering the device had no problem in opening any app, there were no hiccups when bouncing between multiple apps or managing the tens of Google Chrome tabs.

When it comes to graphics the inbuilt Intel Iris Xe graphics can run some games just not very well, it might be that the Xe graphics have not been properly optimized. In most of the graphic intensive works the Dell XPS 13 Plus fell short of the Apple Macbook Air M2 and sometimes even the older M1 powered Macbooks. Because of the 28 W processor in the laptop we did see a dip in performance when the device overheated.

As we saw the XPS did lose several things for the slim and futuristic design. The good news is despite all the size restrictions by removing the function row Dell managed to put bigger fans in the chassis which according to the company manages a 55% increment in airflow. During light work, the XPS remained quiet and cool though there was a hit in performance when doing any heavy and long tasks.

This will be the shortest section of the review. The Dell XPS 13 Plus only features two USB-C ports on either side. That is it, Dell has even skipped on a headphone jack. Though for Dell’s credit there was a USC-C to 3.5mm and a USB-C to USB-A dongle in the box. 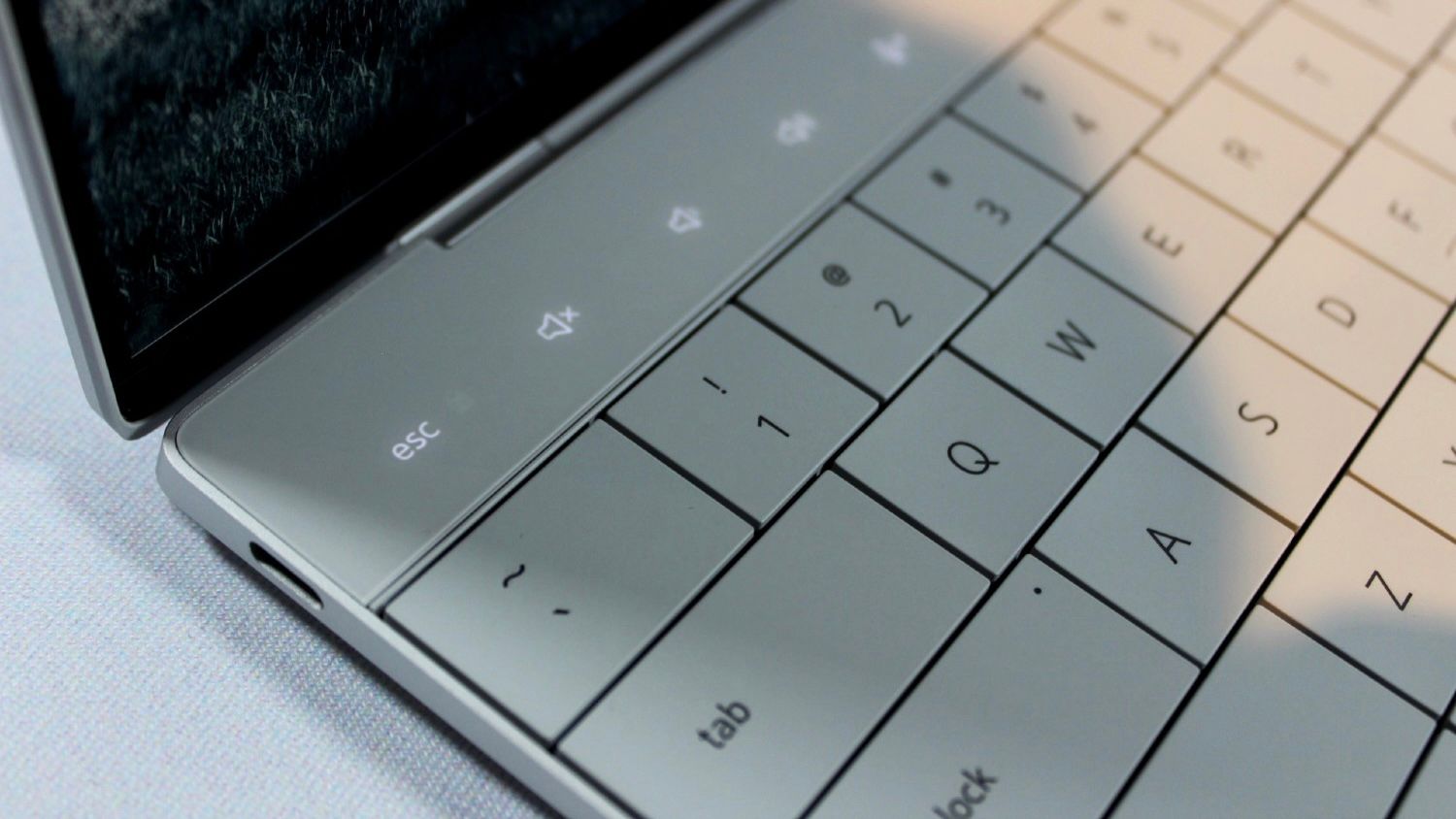 The good thing here is that both the USB-C ports are full fledged Thunderbolt 4 ports, that means each port has a bidirectional bandwidth of 40 Gbps. The lack of port might be a dealbreaker for some but it has to be said that the clean sides and minimum ports give the XPS a clean and attractive look.

The Dell XPS 13 Plus is among the only few Intel EVO branded laptops to feature a 720p camera. Despite the low resolution the picture quality of the camera was amazing. The peashooter camera managed to do an amazing job capturing colours. It accurately captured the reds and greens without overblowing them.

Although there is a fair amount of noise and I would have prefered a 1080p camera, the Dell XPS’s 720p camera is easily usable for video calls. Despite the small bezel size Dell has managed to cram an Infrared sensor for Windows Hello.

The XPS 13 Plus managed to impress in all but one category, by no means the laptop has a bad battery life but when compared to the incredible battery life of its competitors it felt short by a margin. Where the M2 powered MacBook Air was able to last more than 15 hours in our daily workflow, the XPS managed to only last a little over 8 hours. 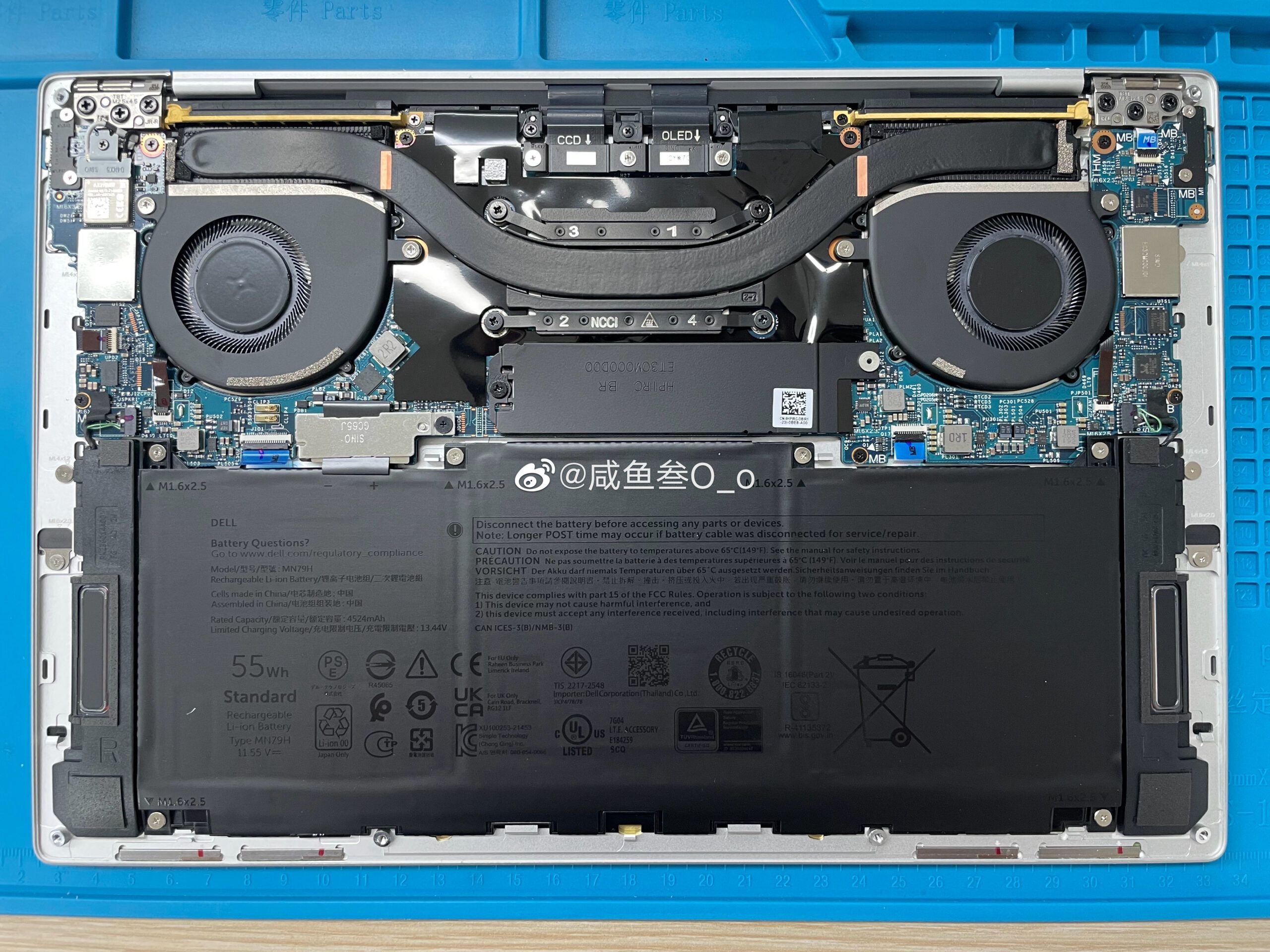 One saving grace for the Dell XPS 13 Plus was the ability to fast charging, the Express Charge technology can charge the device from 0 to about 80% in an hour. The lack of ports hurts the XPS here too, using one of the two USB-C ports for charging does not leave much room for many accessories.

With the XPS 13 Plus, Dell is certainly ready for the future with the minimalist and sleek design. The thinness of the laptop doesn't interfere with the performance of the device. The jaw dropping edge to edge display is amazing to look at. No matter how good the display is, the polarizing design might not be for all. The ultra-minimalist aesthetics will be mesmerising for most including me.

But for the ones who are looking for a more traditional laptop experience will be better off with the likes of Acer Swift 5 and Microsoft Surface Laptop 4 and if you are inclined towards the Macs, the M2 MacBook Air is an excellent choice, even the older M1 powered MacBooks will be an excellent choice if you can get them on offer.

Dell XPS 13 Plus Price in India