Due to greater capex and working capital spending, Jio's free cash flow declined by 82 percent in FY22. NSE -1.64 percent Reliance Jio's free cash flows (FCF) fell 82 percent year over year in FY22, hurt by a combination of higher-than-expected capex spending and a jump in working capital despite weaker-than-expected fiscal fourth-quarter performance, forcing analysts to lower their estimates. Jio's fiscal fourth-quarter sales were below expectations due to a lower-than-expected increase in average revenue per user (ARPU), whereas quarter. Jefferies said “Jio’s 4Q performance disappointed with revenues, Ebitda and profits, all missing estimates”. In reality, it has slashed Jio's valuation by "8% to $81 billion" and decreased its FY23-24 (profit) expectations for the telecom market leader by up to 18%. Jio's FY22 expenditure cost of Rs 28,800 crore, according to ICICI Securities, was "a negative surprise, limiting its annual FCF generation to just Rs 1,022 crore from Rs 5,699 crore a year ago."

Jio's expenditure outlay included Rs 3,100 crore in cash spent on spectrum purchased in the March 2021 auction and another Rs 1,000 crore paid to Bharti Airtel for 800 Mhz spectrum, according to the report. "Even if we omit these, Jio's network capex for FY22 (adjusted for spectrum payments) is higher at Rs 25,700 crore."

Jefferies said Jio had actually “turned FCF negative on high capex and cash interest cost,” adding that while the telco was “FCF positive in FY21, it had witnessed a cash-burn of Rs 11,900 crore in FY22 due to a sharp 3 times increase in cash interest costs to Rs 13,000 crore”. 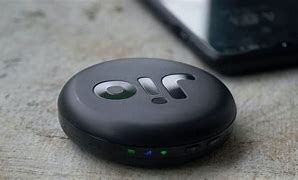 Jio's net profit for the March quarter increased over 24% year on year to Rs 4,174 crore, but it fell short of analyst expectations because its 10.5 percent quarterly Ebitda growth was less than the 15% expected by several brokerages. Revenue from operations was up 8% sequentially to Rs 20,901 crore, although it fell short of expectations.

To be sure, experts noted Jio's 8% sequential revenue gain in the shorter March quarter reflected the telco's ability to handle the 20% rate hike in December 2021 better than the one in December 2019. They also expect the current quarter to see the remaining benefits of the December 2021 tariff hike. This is because a larger percentage of Jio subscribers have longer-validity plans. Analysts also expect Jio to post customer growth in the current quarter, partly at the expense of loss-making Vodafone Idea, and since it has nearly completed its three-quarter exercise of weeding out millions of low-value consumers.

Jio's customer clean-up is nearly complete, according to IIFL, with its active subscriber ratio rising to 94 percent, close to Bharti Airtel's 98 percent.

In the March quarter, **Jio lost 10.9 million mobile subscribers ** as a result of the December pricing hike, however the majority of these were low-spenders on the network.

Analysts predict Jio's FCF/ROCE (free cash flow/return on capital employed) to improve starting in FY24, as the telco plans to invest heavily in 5G spectrum in the forthcoming June auction.