The LG POSE OLED TV can be seen from all the angles. 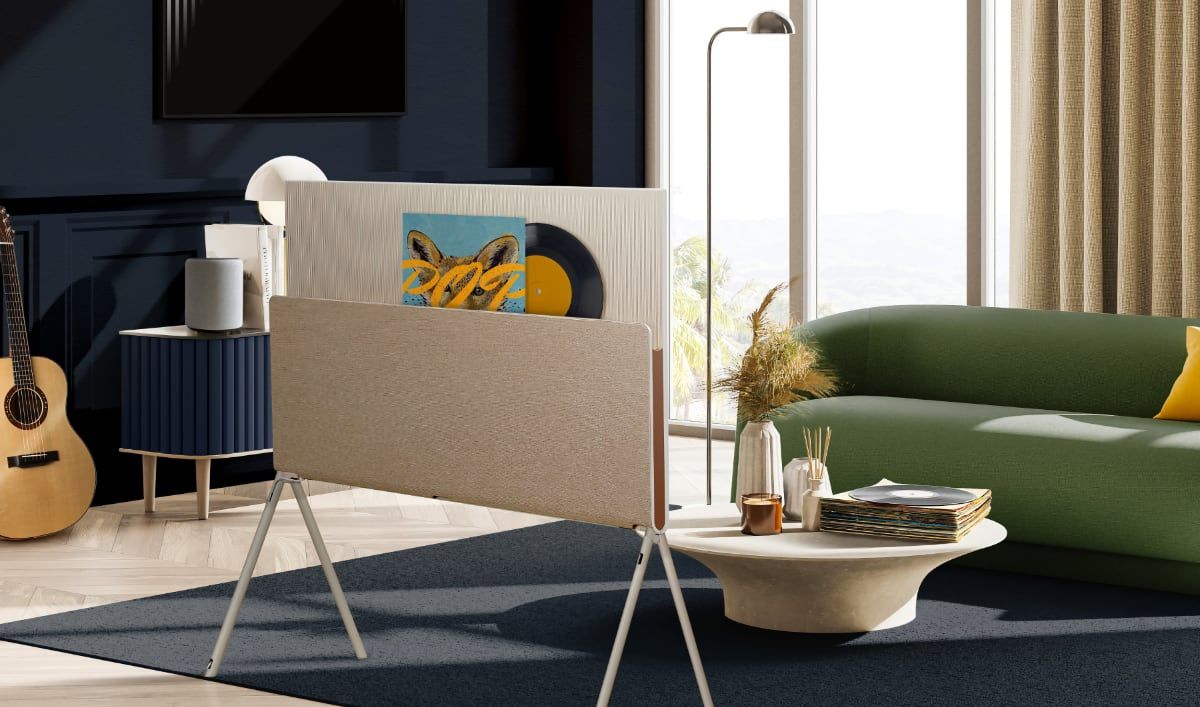 LG has introduced its newest OLED TV model, which features a second 42-inch OLED TV option, and it's a pleasant departure from the company's usual minimalist approach to televisions. The LG Posé series, also known as the LG LX1, has a thicker, fabric-covered design with a built-in stand, and is designed to be more of a centerpiece in a room rather than merely a piece of technology hung on the wall or awkwardly tilted in the corner.

Covered in the Kvadrat fabric that's commonly used on speakers due to its premium feel, but without impairing acoustic performance and useful for the set's audio hopes. The LG Posé design focuses on the screen from the front, but with a touch of the material and also the frame at the underside, which wraps in a very U-shape around the bottom, so it rises up the rear about two thirds of the way. The best part is that it can be converted into a shelf, so that you can use the back of the TV as a little magazine rack or just to place some pictures you love.

It drives your home like a Pose which is basically a movement in ballet where a dancer steps confidently and gracefully onto one straight leg. In the same way, this LG OLED TV is designed to stand in the middle of your room, seen from all angles. It looks like a piece of furniture from the back and the sides. This LG TV is designed with aesthetics in mind, from the front it’s a stylish TV, and you can use LG’s Gallery Mode to fill it with art when it is not showing movies.

The legs also include a cable management system, so it is simple to discreetly run over the facility and a connection to one of the most effective AV receivers.

The TV section itself is a 4K OLED Evo panel, which suggests that it includes the LG Alpha 9 Gen 5 processor, together with Dolby Atmos, Dolby Vision and HDMI 2.1 support. It's available in 42-inch, 48-inch, and 55-inch sizes – consider it as a super-stylish LG C2, but likely with a better tag. LG’s POSE OLED TV has come with the opinion to start making your TV worth looking at rather than just hiding it.

For a long time, the goal in TV design has been to make them appear as if they aren't there: make them as thin as possible, with the smallest bezels imaginable. The finest TVs are thinner than ever before, thanks to the ultra-thin technology of the best OLED TVs and new mini-LED TVs, which are becoming increasingly popular. Which, we suppose, is... nice?

However, the tremendous popularity of Samsung's The Frame TV suggests that not every TV should be going along with this evolutionary path. It doesn't matter how hard you try to convince yourself that a TV doesn't exist when it's turned off; it does. It's a colossal rectangle! So, if you're going to take up physical and aesthetic space, why not make some art?

The Frame TVs have a thick border with a pronounced lip that resembles a picture frame, which is an object we're all familiar with in the living room, thus the TV fits in beautifully by calling attention to itself. The Sky Glass and new Loewe TVs, for example, have prominent, vibrant colours visible in their design, allowing them to blend into a modern tonal look and complement the room.

So it's fantastic to see LG embracing this as well. The Posé mixes the legs of a mid-century sideboard with fabric-covered speakers in a modern style. And it's the first TV we've seen in a long time with a practical use other than viewing — the back shelf is a nice touch, but it's rare for TV designers to consider the possibility that your room contains... well, anything else. Let's hope this is only the beginning.